Brian Johnson at the Gold Pan Saloon in Breckenridge Colorado... it was open mic night and not a single guitar playing hippie knew how to play an AC DC song... so... 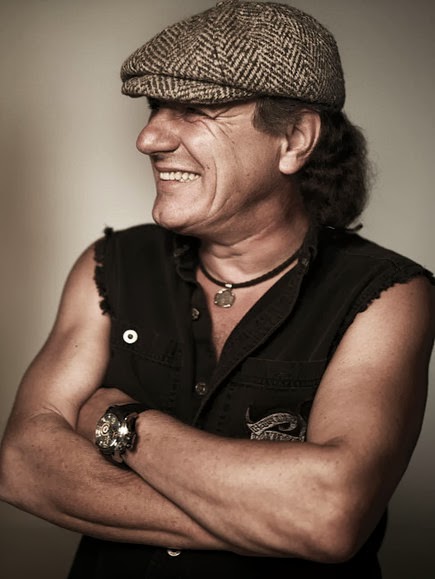 I played a game of pinball with him...
then gave him and his two rock and roll honeys some space

he was cool... I never let on that I knew how he was
and I took it easy on him in pinball