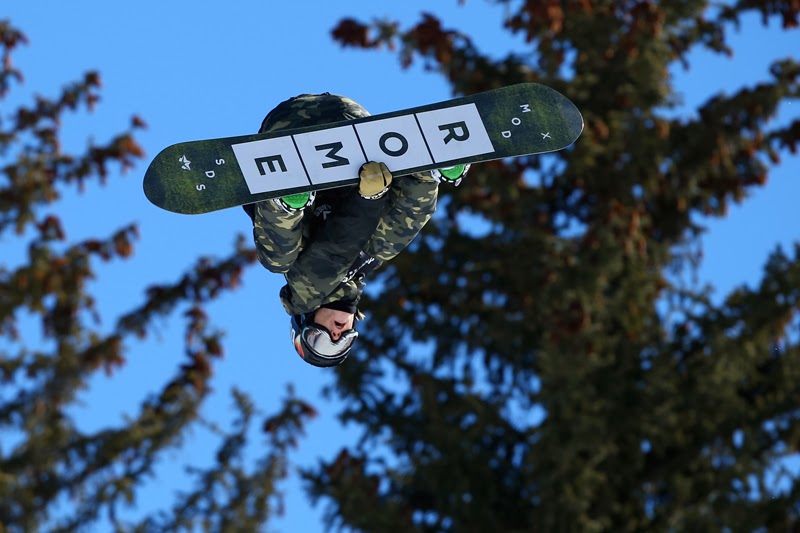 Snowboarding is a Sport

I was livid... I did not want to hear it
I have heard it before and I do not want to hear it again
there is no need to timewarp back to the early 90's when snowboarding was banned at resorts around the country
and guys with hockey hair, a bandanna around their necks, and cb jackets were doing backscratchers and calling snowboarders knuckle-draggers

the myths that snowboards tear up the mountain and what not are just that... myth
it is true... the trajectory of a snowboard and a ski are different
they have different ways to slow and stop
which means they will push snow differently when they take different lines

the skier vs. snowboarder battle irks me in the same way that the road biker vs. mountain biker battle has raged on
pro in group
anti out group
and then prejudice

to think that a person is more at risk being hit by a snowboarder than a skier is a prejudice
not a truism... but a risky generalization
a falsehood

now... are people saying that the type of person attracted to the sport of snowboarding is less concerned about the well being of their fellow mountain user?

I think not... it is an antiquated attitude that irks me whenever it surfaces

SNOWBOARDING SAVED THE SPORT OF SKIING!
SHUT UP!

skiing was on its deathbed
snowboarding gave skiing a breath of fresh air
introducing the skiier to another way of interacting with the terrain
bringing over body movement from skateboarding and surfing and applying these things to snow
well... that expanded the horizons for skiing and snowboarding

it is true...
the ski does have more control
there are two metal edges on one board that is connected to both legs
skies are balanced better and have four edges
but most dangers are created by the irresponsible behavior
not by the vehicle