interesting kid... Jose grew up near where I live and as a teen he worked at City Bikes... this shot is a decade old... the boy is a young man 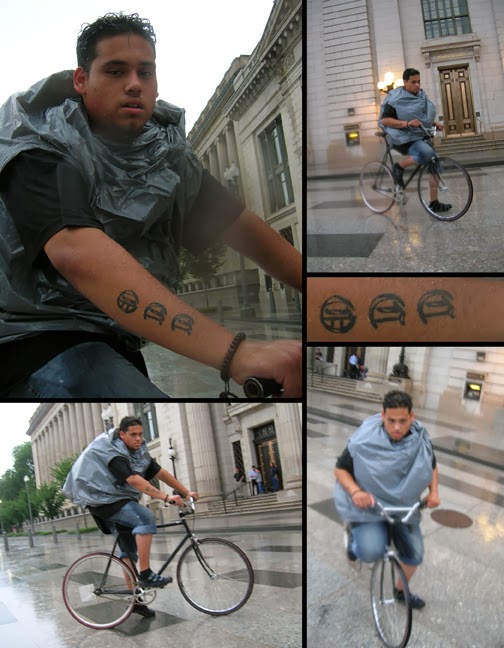 jose was older than he was the last time I had seen him
there was a wild look in his eye
I don't want to say the intense stare of a madman
but well... that is what I saw

then he shared his current tale of woe
apparently he has a political agenda
something about denouncing his citizenship or something
he used a lot of big words... it sounded well thought out... he was articulate and intelligent
but I did not get it

and who is to say if Don Quixote was insane or a genius?
I like to think a genius

and I like to believe the same of Jose
it was nice to meet his mother... I told her that she had a very handsome son
I am not sure if she understood