New Belgium Cruiser... and a gift from New Belgium arrived on my doorstep last week 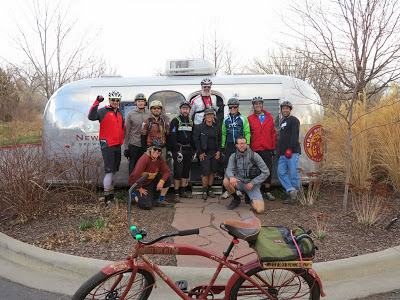 but yes... a box for me
a gift from the folks over at New Belgium
a tasty craft beer from the limited run that is the Lips of Faith
along with two very nice New Belgium beer glasses

New Belgium Brewery
New Belgium... the company that brings us Fat Tire and an assortment of other flavorful craft beers is also the source of the Tour de Fat
What is the Tour de Fat?
well... that is that "if you have to ask?" sort of question

The Tour de Fat is a bicycle themed carnival put on by New Belgium Brewery that goes to 9 cities across the continental US
to our Metropolitan pleasure... DC is one of these nine cities

well...
what does this mean to me?
MORE (the Mid-Atlantic Off Road Enthusiasts) is one of the bicycle advocacy groups that volunteers at this event
as a representative of MORE I assist by running the Bike Valet at the event
in addition to running the bike valet at the Tour de Fat it is also my duty to help with promotion

New Belgium enlisted a company called Street Shimon to help motivate the promoters by providing some guidelines and offering up a challenge
the top five promoters from all 9 cities would be awarded a FAT TIRE CRUISER
WHAT?
A NEW BELGIUM BEACH CRUISER?
that is a solid motivator 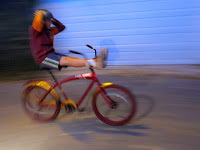 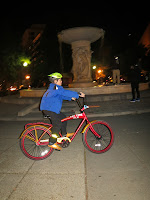 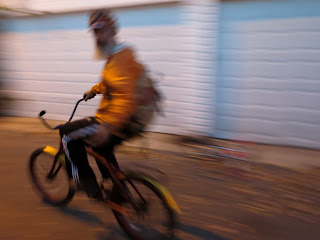 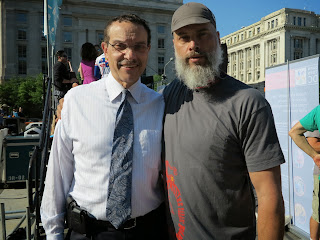 and then this...
a photo of me after I invited DC Mayor Vincent Gray to the DC incarnation of the Tour de Fat
Gray did not attend
but council member David Grosso did attend
and from what I could tell... David fit right in and had a good time

I want one of those bikes so bad! I'm glad you got it... Cheers! Bruce