Skip to main content
some things I will unload that have been backing up in my mind.....
These are more topics I have wanted to discuss rather than actual Blog discussions on the said topics

A MUST HAVE FOR EVERY FAMILY OF CYCLISTS!

Katie Compton Cross Champion
and
CROSS NATIONALS RESULTS (scroll down to the bottom)
Tim Faia was out there representing!


thinking of messing with some MY SPACE stuff, but realizing that MY TIME is limited

okay
back with some images

if you want to know what this is all about.....CLICK HERE. 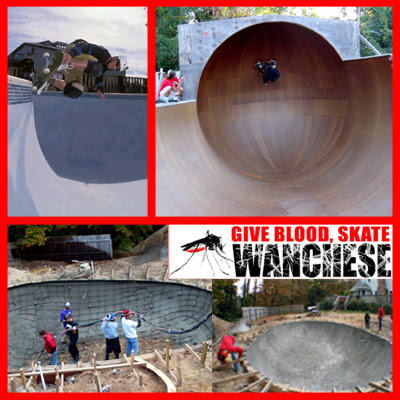 first off
let me set the record straight....I do not skate and when I did....I did not do it very well
but
I to my credit I do still snowboard (again not very well)
an oh yea....I ride and race mountain bikers
which still makes me feel pretty punk
almost makes me feel like less of a poser when I wear my old school Vans sneakers

this image brings together a number of thoughts
the handsome guy on the skate doing a little lip trick in the pool is Mike Row....not to be confused with MICRO of RAMPTECH, similar yet different
(both friends of mine, never managed to confused them)

Mike Row, Micro, and the previously unmentioned Duck all represent a similar drive for FREEDOM
(the above images of the concrete bowl shows Duck's new project)
from what I can tell Duck has quit his straight job and is now putting his energy into what he loves; BUILDING
more than just building...Duck loves building shit that people can ride
by ride...I mean skate

what do these three guys have to do with freedom?

Mike Row is a sick skater, snowboarder, and surfer who has been shaping boards for years along with making music, painting, and running various small businesses.
Free to do as he chooses. From what I have heard he is making it work!

Micro owns and operates RAMPTECH.
When no one skated Micro was still dreaming of building the sickest most solid most styli skate parks anyone could ever skate. No one saw his vision. Everyone said NO IT WILL NEVER HAPPEN! Micro refused to listen. Skate boarding did not die....it was just sleeping in the subculture....now skating is huge and so is MICRO.

Duck's story is similar.
Duck opted for a more simple life away from the city.
After college he moved to the outer banks where he could surf.....scored a job as a brew meister at a local brewery down there (a job that most mountainbikers would dream to have) recently Duck dropped that job so that he could build.
It is the early stages but with his work ethic and his passion for the sport of skating...he too will make it work!