A Chopper story in Dirt Rag.... a GOOGLE to learn about Bicycle Jousting in NYC
this old Dirt Rag Issue 99... they had an article on how to build a chopper... this chopper story had me thinking of some folklore about bicycle jousting in nyc ... www.google.com... type in BICYCLE JOUSTING, NEW YORK CITY... hit enter..... there seems to be a number of links to this topic of Bicycle Jousting in New York City... some place called New York Metro was towards the top of the list... then another link took me to a very interesting NYC Bicycle information page called www.transalt.org.... a very odd past time as described further when this link talks about a team called Black Label that is comprised of bicycle messengers who make custom several level bikes then there is an awesome image here at FARK.com... but see several of the jousters on their tall bikes at the home of these images (hit NEXT for other jousting shots)

this of course took me to this Bad Candy page... this kid is a freak.... and not just because he can not appreciate the fine American Spangler Product that everyone knows as Circus Peanuts
this kid is ranking candy?

I may start my own web page and start rating sausages and hot dogs..... there could be domestic, local, and international reviews....

when I travel I am often victim to tasting the indigenous cuisine
in Chicago or even suburban Illinois.... like the time I rode the Prarie Trail from my uncle's house in Elmhurst out to Elgin or maybe it was Aurora... I can not remember what the water tower said.... either way I went about 30 miles out.... stopped at a Vienna Sausage hot dog stand... got two dogs with everything including the celery salt and hopefully without the ash from the cooks cigarette.... guess health should not be a concern when gorgeing myself on two of these all beef beasts... yet, I can not help but say that the cigarette may add to the experience... to a non-smoker it does not add to the flavor.... took these dogs and a large soda and walked to the side of some man made riverlike thing where I took a seat... then after watching a few men fishing on the bank I got back onto the bike... where I rode this straight line of a path and managed taking a wrong turn towards the wrong water tower, maybe a few miles up and a few miles back... but luckily caught myself before I rode too far in the wrong direction.... good food and even a few great encounters... bob smith, I think it was, was over 70 years of age and took my pace to a higher level... all in time to spend the afternoon with my cousins who were all a mixture of high school and grade school.. it was a window into their world.... eldest girl with boyfriends..... youngest boy with soccer and tae kwon do and middle girl with chello (that has all changed as two of them are well into college already).... and I am not sure if I ever rode my bike up to Gray's Papaya in NYC.... but maybe I will the next time I head up north for Bike New York

just thought I would try and bring it somewhat full circle...... new york?
DC is not known for its Hot Dogs.... yet I eat them all the time...

I wonder if the guys at Dirt Rag have ever done any food reviews of the local resturants in Pittsburgh.... everytime I in downtown Pittsburgh I try to head over to The O or Primanti's for some local flavor.... let me see what GOOGLE brings me 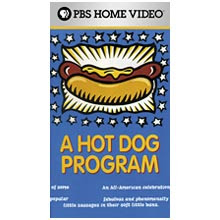