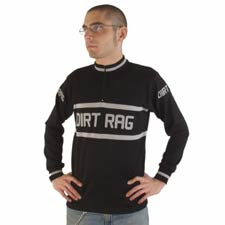 dirt rag was there at big bear this weekend past
they had a booth
they had a sport team
they sold all sorts of stuff
friday night was cold
a tad more than I can see your breath cold
everyone was panicked about the onset of a cold wet weekend
before midnight the campgrounds were filled with heads covered in brown dirt rag beanies
SOLD OUT!
I myself was not in need of their gear
yet I was tempted by the long sleeve dirt rag jersey
sweet jersey!

although... I am a little sketical
is it legal to have super models on sport teams
I am almost sure that this pretty face in this photograph was one of the characters on the podium after the race
oh well.... I guess he is more than a pretty face

dirt rag was giving away bontrager tires to those getting a subscription
what a deal!
hey.... hold on!
now my lifetime membership is not sounding so sweet!
(actually.... not missing an issue because I slack on getting things renewed makes it all worth while... even if I could use a set of tires)