sly and the family stone 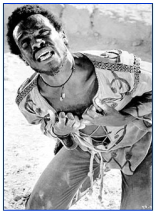 Gene was a friend of friends
Gene was good friends with some good friend of mine
this did not make us good friends
it did make us friends who hung out and had good times
that said... Gene was a good dude... and all who met him were his friends

I remember the night pretty clearly
it was over a decade ago and I was living in a group house in this same neighborhood of mount pleasant
one of housemates and good friends at the time, scott, was one of the founding members of lucy brown
lucy brown was playing at the 930 club.... scott was heading over there
although scott and I went out most every night together he went to the show without me
which is understandable as he wanted to see his brothers... his former bandmates
a bunch of guys he spent a great deal of time with and shared a great number of experiences together

the death was a shock to all
to be quite honest his heroin use was a shock, at least to me
at this point in time... although I was not neccessarily close to Gene I did see him once a week
a bunch of us went stopped by to see him dj once a week for part of our bar rounds
there were hellos, there was catching up, there were shots and beers
heroin was never mentioned

I was working at 9:30 Club the night that Gene died, and I remember it well.

Like you, I wasn't real close with Gene, but we would always say hi or talk for a minute or two upon seeing each other. He was a good guy, and always had a good word to say.

All of the staff at the club would always look forward to Lucy Brown shows because they were all such nice guys, and were really easy to deal with. They drew a good drinking crowd, and everyone had a good time. Whether you liked their music or not, it was always an easy, low-stress, and fun night.

It was with that feeling that I went into that night, but of course it turned out much differently. When Gene didn't show up, everyone thought that he must have gotten delayed somewhere or something; no one suspected what had actually happened. When word came back that he had OD'd from heroin in his apartment, everyone was in disbelief; no one had any idea that he had been using the drug. We had sold a lot of tickets to the show, and we had to refund everyone's money without telling them what actually happened (out of respect for his family, we wanted to be sure that they got the news before any word went out), which was hard because all of the staff was completely wrecked by the news. We were all crushed, and it was awful.

Like you said, Gene was a good guy who made some bad choices and paid the price. I didn't attend the funeral for the same reasons you listed. Gene really touched a lot of peoples' lives, though, and I know he's missed by many to this day.

the character sings with great passion and great soul

Gene had that same sort of voice

while the Chilli Peppers are still doing it

I didn't know about Gene until I read your blog. Never actually knew him but I enjoyed their shows. Sad news.

by the way, Itunes classifies them as "metal," which is completely inadequate...

gene loved to perform
so did the rest of the band

This morning I was telling my son about Gene. Besides being my cousin, he was also my buddy and it was nice to have a close friend who could sit next to me at the kids table for Thanksgiving-even in our 20's cause our family is huge. It was 1995. The funeral was gut wrenching and my Aunt Betty had Gene buried in a grey suit-I'm sure he understood though, anything for Mom. We miss deeply, to this day. I didn't know it was herion. My poor Gene. He was the best.

danielle
gene's death was a shock to so many
I knew gene, but never that well
but gene was very good friends with some very good friends of mine
so our intermittent friendship bridge to a higher level
not to mention our interaction was always out dancing or seeing a band
so the energy of our friendship was high
I liked gene
everybody liked gene
many people miss gene
certainly some people miss him greatly
it is sad that your son only gets to know gene through your stories
it is sad that gene did not get to live his life any longer than he did
how he died is not important
it is just sad that he died
-joel

I just found this blog while searching through a bunch of my old pre-internet cd's and albums. Very sad news indeed, it's old for many of you but to me it's news and it's terrible.

Hi, I found this blog by searching for info on Gene. I watched a video of Alice In Chains in 93 and, as always, felt the great sadness of Lane's death. I then thought of Gene, with whom I remember spending lots of time in NYC after-hours clubs playing cards and indulging in those substances that bring you to after hours in the first place. I remember seeing him backstage at a Pantera show in 92(I think they were both signed to Megaforce at that time). Most of all, I remember what an excellent human being he was, and the fun times we had. I too, was not spared by the chains of heroin addiction, but the loss of someone at the hands of that drug is a tragedy like no other. Thank you for providing info on Gene's passing. May he rest peacefully, perhaps somewhere among the stars - in a beautiful, faraway galaxy.

Gene was a friend of mines that started out with him being a fan of my band. He was a really good dude with a big heart and an even bigger voice. Like many others, I, too, was surprised by his death from an overdose. We'd hung out many times over the years and I never had a clue. Sad and heartbreaking. He is missed by many of us.......