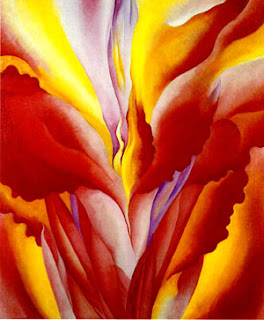 Word of the Day: C_nt

C_nt as defined by the Urban Dictionary

while I snagged this from Answers dot com

here it is Monday morning...

on this morning short monday ride into work I encountered the same cast of idiots I always experience
it all starts as I exit the alley behind my house and roll onto the neighborhood streets
the cars travel down these urban residential streets like rockets ships trying to get enough momentum to break through the earth's atmosphere
no thought of anything other than achieving maximum speed in the short distance before the stop sign, the red light, or the next line of cars blocked up in line just ahead

to them I am just an annoying obstacle
not someone's son, someone's brother, someone's husband, someone's father, a dog's owner, or someone's friend
no... I am just that annoying cyclist that they NEED to be in front of
even if being in front means rushing to the next bumper just ahead
even if getting there means putting me at risk

I weave through traffic down the city streets
cars roll through stop signs never slowing or stalling for me as I approach
how can they see me? they are not looking for me
their focus in on their phone call and their cup of Starbucks coffee
not the world around them

my pace is not race pace
it does not have to be
my casual pace will put me ahead of the line of cars
I can roll around the double parked cars, the loading/unloading metro bus, or the frequently halting trash truck
I go around these obstacles while the cars get stuck behind them
I see the pedestrian at the corner
all the while watching for the pedestrian that steps out between the cars mid-block

I saw them... they did not see me
from their gestures I assume that they know sign language
so I gesture back
if my gesture is not official American Sign Language than I reiterate my point vocally
no... they can not hear me
but they most certainly can read my lips

what is their logic? where is their reasoning?

need for show and tell
it is not important that I go into great detail of the make and model of the car or the age, sex, or race of the drivers
it is all summed up better by just referring to them as C_unts
Ignorant Obnoxious Self Center C_nts!
Fricking Car Driving C_nts!

am I angry? yes.
my most sincere apology for exposing you to this ugliness
but thank you for letting me get this out
I do feel slightly better

(art by georgia o' keefe... she depicts a beautiful thing... while what I describe is something nasty)