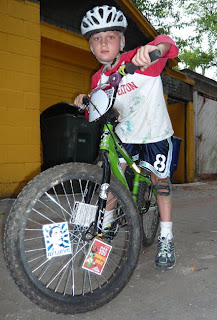 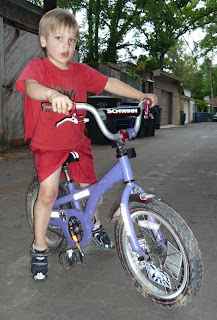 don't get me started on the war in Iraq... if you support Bush and support the war... keep it to yourself
you are more than likely an idiot and should not be president either

after the boys went to bed I went down to the Black Cat to the WABA Bike Prom!
bikes bikes and more bikes
"the cat" was packed
the DJ was spinning some great tunes
the fact that the 80's music made it sound like a high school dance from my era did not make me feel old
in fact I was almost inspired to dance
almost
should have got a sitter and brought lisa 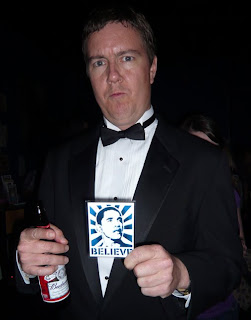 the WABA Bike Prom was loud and fun, but not the place for clever conversation or political exchanges
it turned out not to be the best place to start the OBAMA SPOKE CARD HANDOUT!

both dean and grant got their cards...

the action was loud 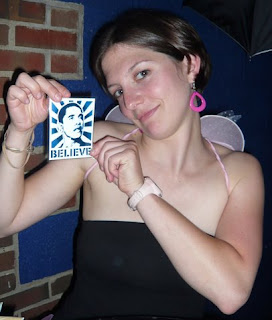 there must have been a cluster of 100 bicycles out front of The Black Cat
more than likely a number of these bikes could have used an Obama Spoke Card... but I was not loaded down to feed the masses
my stack of ten cards were intended for.... well... I am not sure who they were intended for

much like the sock give away at the National Bike Summit... it is a strange process trying to find the right hands or in the case of the summit... the right feet to pass these things o 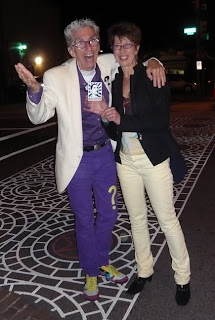 in the end I left with a pocket full of Obama Spoke Cards without ever stepping foot on the dance floor
which does not mean that my evening was not fun
it was fun... better than fun...
dancing and spoke card give aways will have to happen another time

different Seahawks
the SMC of my era had no football team
Ultimate yes... football no

but that could have changed

Did you go to St Mary's College of Maryland?

that would be weird

Stupid joke, same school. still no football, but there's a starbucks, and lots of very smart kids now. BTW i think Church Point is eroding away, visit with a six-pack while you still can.

it was a good spot for campfires back in my era

funny that you went to SMC
and yes
seahawks football rocked!

(the proper joke back would have been Greek Week 1990! but it would have just confused people... because there were no Greeks at SMC)

Thanks for the information on the Obama spoke cards. I went and ordered five of them!