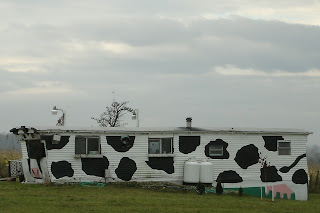 there should be an IQ Test for Gun Owners
well... there should be an IQ Test for Driving a car
heck... I would be game to euthanize anyone who gets to the front of the line at McDonald's and then looks up at the board to decide what they are ready to order
there are too many dumb people in this world...
but I guess... putting a person "down" because their stupidity inconveniences me is different than controlling someone's behavior because their being an idiot puts others at risk

the world is full of stupid people doing stupid things

If you ever go to Utah you will see that the state runs liquor stores so that they further regulate the distribution to alcohol.

You can buy guns and ammo from private retailers.

If someone ever proposed that guns be sold and regulated by the state the right would throw a fit about infringement on perceived "rights."

If some proposes closing the state run liquor stores, many of the same people would argue that regulation is needed.

Matt, it's funny how people get when you want the government to restrict what they believe are their fundamental rights. Some people go all whacky if you make them get a permit for a protest march, and then deny it. The people who disagree with the marchers no doubt laugh about their perceived "right" to protest. Others get all heated up when the state thinks you should have to get permission for an abortion, or that you shouldn't be allowed to have sex with certain people. Yet the courts seem to take those perceived "rights" pretty seriously. I generally try to err on the side of individual liberty and not denigrate rights that have some colorable basis in law even if I don't think much of the people exercising the right, in the belief that each bit of individual liberty supports the others.

That said, I'm in favor of requiring safety training and permits for gun ownership and use, and taking away that right (subject to due process) if you screw up. They can be as dangerous as high explosives or toxic chemicals, and the users need to educate themselves and act accordingly, maybe with some prompting from the Authorities. While we're at it, is there any way to get people to take road safety a little more seriously? Driving a car has a much weaker constitutional basis than owning a gun, and we get all excited about gun accidents (and on-purposes) but say little about the utter carnage caused by irresponsible vehicle operation.