I get sales talk from sales assistance...

this was a credit card shopping spree... not an evening of browsing
there was a mental note which held a short list
commuter back pack... cycling shorts... cycling shoes... and this pair of pants that I thought I could wear at work
these things and maybe a few more!
well... the cycling shoe selection was a tad overwhelming 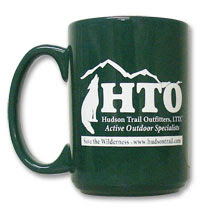 they had some Sidis for cheap... but maybe not in my size... maybe not in that shop
I asked for 48s and was willing to try 47s
not sure what he said or what he heard
it did not seem like he could get past that he did not have 48s
the bike shop attendant was on the computer checking things but seemed a tad distracted
I asked if he could measure my feet
to which he directed me downstairs

knowing I had a list of things to get and shoes were not imperative I went downstairs knowing that this person may have other tasks to tend to before he punches the clock to end his day
I had already been downstairs where I had grabbed some Keen sandals that I had been thinking of getting
they were on sale which seemed enough initiative for me to grab them
I thought that maybe the sale price would bring them down to the same price as online
not to mention it is always good to support your local businesses
so... I got these Keen sandals after getting some shitty sales service from some kid who knew nothing what he was talking about
he was a good little bull shit artist
which meant he was attractive and intelligent
he was either college age or post college... more than likely the off spring of some affluent parents
this sales assistant spoke with confidence and conviction
but quickly lost credibility because he lacked content
as I listened I could tell that he was making up things as he went along

I looked for the knickers version of the pants
then my shoe salesman came over to help
I asked if they had knickers
he said shorts
I said no... knickers.... pants that go below the knee
he started in on something
and I interjected...
are you new here? you don't seem to have such good knowledge of the stock

I tried not to sound like an asshole
then I thought I would give him one more chance
he defended that he knew a good deal about what he was familiar with
he mention a few things so I decided to ask for his assistance on a pack
this young tan college age boy in his khaki pants and madras shirt lit up with the opportunity to redeem himself
his enthusiasm got me excited that I was going to get the pack I was looking for
after hearing a few sentences about my bicycle commuter needs he quickly spit out something about Black Diamond having a good climbing pack that should work
I stopped him
I told him that he should not misdirect me
I told him that he did not know what he was talking about
I slowed and stalled on each sentence and each thought
I tried not to be mean and I tried to apologize
yet I could not contain my frustration
I could not contain myself
he had struck out... three efforts and three failures
it was not so much that he failed me
but it bothered me that he may be directing people to the wrong products each and every day
how helpful is that?

it always amazes me when I go in Hudson Trail or REI and I get this sales person who knows anything and everything about the products... this was not the case here

I went in to buy a few things... ended up buying two
I could have spend a grand
instead I spent two hundred dollars
this lack of knowledge displayed by this kid in Hudson Trail makes me wonder about the short comings of shopping online
I can read the caption and shop for myself rather than being misguided by a future financial adviser or future doctor

it was frustrating... and I still do not have the gear that I need