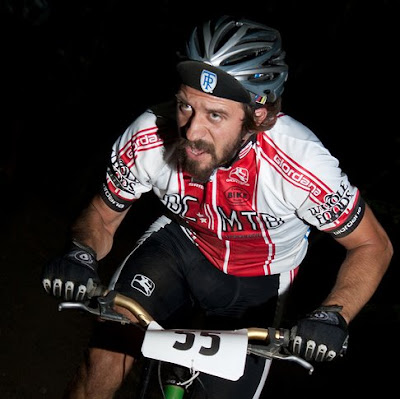 RACE REPORT: Wednesday At Wakefield #4
W@W #4
No Wakefield Number four for me... right about now I would be rolling across the finish
the ducks were all in line...
one old Timbuk2 messenger bag with the old city bikes logo on it filled with DCMTB mountain bike gear with The Family Bike Shop logo on it
then another Timbuk2 messenger bag also with the old City Bikes logo on it with some energy bars that I got from our Whole Foods P Street sponsor
powder Gatorade already mixed in water bottles... with yes... the old City Bikes logo on the bicycle water bottles
I own lots of stuff with the old City Bikes logo on it
that evokes sort of a weird feeling after the break up of DCMTB and City Bikes
which reminds me... I need to call Jonathan at The Family Bike Shop about ordering some shoes
my old Specialized MTB shoes are starting to look like sandals
and the cleats are a little sketchy in one or two of my older TIME pedals
gotta get some new shoes ASAP... looking at the Shimanos
so Wednesday morning I woke with everything ready
there had been a mental debate on whether to race the geared bike or the single speed
I had raced the Niner with all of its gears and all of its cushion on Sunday at The Fair Hill Classic
part of me felt that I should continue to learn how to ride this bike
there is part of me that feels that I have not learned how to ride a full suspension bike fast
perhaps decades of riding a hard tail has me selecting the wrong line
maybe the wrong line... the wrong pedal stroke.... the wrong gear... the wrong body position... the wrong level of intensity
but maybe I am starting to figure it all out
but maybe not
at The Fair Hill Classic I thought a great deal about the bike of the day
it was not so much a thought of "over bike or under bike" but maybe the more appropriate bike
Fair Hill may be a hard tail course... at least for the way I ride
Single Speed? sure... racing the single speed at The Fair Hill Classic would not be a foolish bike from the quiver
part of me also wonders about the merits of the 29 inch wheel at The Fair Hill Classic
some of those turns were so tight that it seemed that a 26er would float through better
not sure... but I do know it was tight
so tight that I really had to bring my speed down
so.... it there was a grand amount of energy expended accelerating after so much dramatic decelerating
sorry... side tracked... single track side tracked
back on track...
so... thinking how my body felt... I thought riding the different bike would be more relaxing
different muscles and a different position

so the Jamis Exile single speed with 29 inch wheels was tuned the night prior
well... a single speed tune is check the tire pressure, check the chain tension, and shrug your shoulders without actually touching the bike
well... except for maybe cleaning and lubing the chain
everything was set to go
even my head
there were no demons to fight back
I was already to go and I did not have any hesitation
there were no worries about dealing with f_cking traffic
and there were no worries about how tired my legs felt
I knew that my legs were tired and I knew that the traffic would suck
those things were not giving me any hesitation
no... it was an email in the morning saying I would have to work late
F_CK!
learning that I was going to miss the last race at Wakefield did not have me fall to the ground with my head in my hands
but it did bum me out
I was looking foward to it
the conditions seemed righteous... not too hot... not too humid... has not been any rain!
but the reality of real life kicked in
my life is not entirely my own
after reading this early morning email I rescheduled my day
as much as I wanted to extend the dog's walk I thought it best that I use the few minutes extra in the morning exchanged for having to stay late would allow me to look at some things in the basement
so I walked up to the hardware store to start thinking about how I want to resolve these problems
my idea developed as the Phieffer's Hardware did not have everything that I wanted... they had almost everything... but I did not buy it
as my idea is still in the idea stage anyway
I bought some donuts at Heller's bakery
ate the donuts then rode my bike into work
the Exile was feeling okay except for a nasty rhythmic creek
I think I decided it was bottom bracket or maybe it was rear hub... broken axel is not out of the big guy's list of mechanical complaints
Tenley Cycles and Sports rebuilt so many of crappy hubs with replacement spindles
of course got the tools and replaced my fair share of rear axels
repacking hubs... repacking bottom brackets... ignoring my headset... repacking pedals always seemed a little over the top to me
bikes used to be repaired instead of replaced
parts were adjusted instead of thrown away
a different time for the bike
a different time for the cyclist
while the bicycle can be very organic
the machine has become less sustainable and more disposable
especially junk...
the thought of missing Wakefield did not occupy an excess of brain space or energy
there was too much work to do and I was pretty much cool with it
three out of four? WOW! that is pretty sweet
I did not try a back to back
which is fine cause that is not where I feel my body is right now
sure I will miss the spectacle of certain single speeders racing in proper attire
ah... a site for sore eyes
sun dresses on a summer evening
last year ricky d race with a baby seat... the baby did not survive three laps
there will be racing
more than likely the slots in the series have yet to be decided
there will be that last effort to get in that fast lap or that personal best finish
then after that... there will be talk about bikes
people will start talking about bikes and not stop for hours
bodies will move to Kilroy's for food and drink
in between sips and bites there will be talk about bikes
lots of talk about bikes
bikes bikes bikes
and well
I will not be there... next year
appreciate life when it is sweet
then it does not taste so bad when it is sour
so... Wednesday at Wakefield #4 came and left without my participation
the results have yet to be posted
I assume that I won the series for the Clydesdale Class with three our of four wins

as always... WAKEFIELD DELIVERED! The Guys at Potomac Velo Club host an amazing event that is a summer highlight for so many of us in the DC Metropolitan area
special thanks to Larry C. and Mike P. and all the others who put so much time into the trails at Wakefield
these trails have evolved with the sport
and of course MORE deserves a tip of the helmet as well