also at The Road Diaries... JOE! 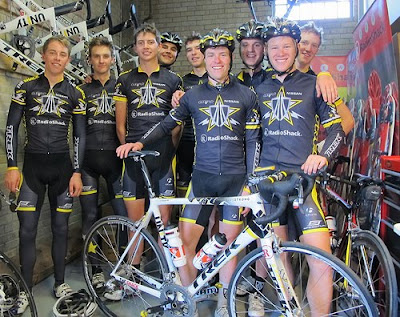 WOW!
well... maybe not "wow" as it is not much of a surprise
this kid has talent... insane talent

they show up and get fitted on these totally trick Trek Madone bikes
their race director is Axel Merckx
then what... they go for a spin what looks like the owner of Mellow Johnny's!
and that may have been day one

what does the future hold for these young racers?

then also this...
Jeff Bahnson of Newark DE takes first in the Men's Junior 17-18 at the Cyclocross Nationals in Bend Oregon
http://www.cyclingdirt.org
Posted by gwadzilla at 12/12/2010