so... who are the protecting and serving?

funny...
my morning drives to drop the kids off at school can often involve a bit of frustration
from the second we walk out the door until the second I return home
the whole experience often carries elements of anger and frustration
my poor kids
having to listen to my diatribes
my rants about the traffic around me
all the cussing at the idiots and assholes swarming around me
whether trying to get across town in the car
or just trying to get across the street on foot
there can be so many cases where the behavior of those behind the wheel cause me anger and frustration
the most funny is when that idiot or asshole is an officer of the law 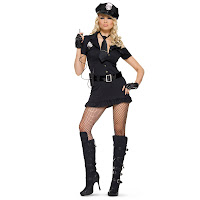 last week I took the kids to school taking a road that cuts through The National Zoo
at a stop sign almost within view of the Ibex I made a complete stop
then as I was about to take my turn to progress forward a parked Zoo Cop to my right opened their door and tagged my car
it was audible... I heard it the officer heard it
the officer continued to get out of his vehicle never apologizing
in fact... this rather muscular specimen of a man inflated
like a puffer fish out of water as he stepped out of his car
one out of the car he gave me a firm stare
no wave... no indication or realizing his error
my main objective... getting the kids to school
I will take the scratch on my car and pass on the conversation with the Zoo Cop or any cop for that matter
then this morning headed back from drop off
I was taking a left at the light
coming the opposite direction was a Special Police police car 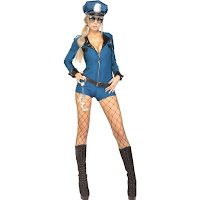 turning right with a merge lane
I progressed in the left lane
the officer gave me that police officer megaphone honk as I made my turn
what was his issue?
did he need more than the right lane
then as he approached on my side a block or two later he gave me a condescending stare
I gave it right back
I did not want to have a conversation with this Special Cop
but really... what is your issue?