there was some sort of mini-skateboard festival on the National Mall this weekend past
Rodney Mullen and Tony Hawk were there for the event
would have love to have been there for the Q&A, the Bones Brigade Film, and whatever skate session demon unfolded

but no...
I did not schedule it
I was off doing other things
in fact... I was riding my bike
the skateboard has been collecting dust for years
except for the infrequent long board sessions with the boys

some Smithsonian web articles about their event this weekend past
http://www.smithsonianmag.com/arts-culture/Q-and-A-with-Tony-Hawk.html
http://blogs.smithsonianmag.com/aroundthemall/2013/06/4-tips-for-inventing-the-next-great-skateboarding-trick-courtesy-of-tony-hawk-and-rodney-mullen/ 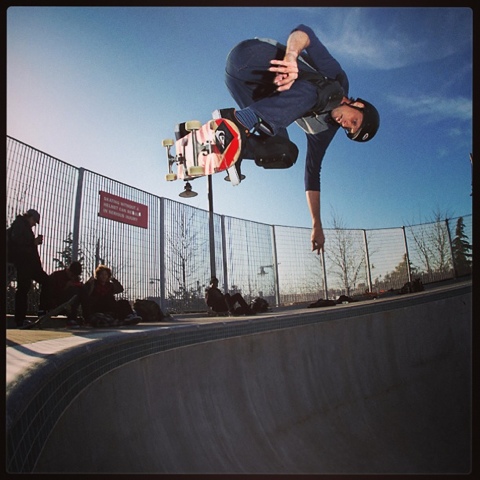