Lincoln... URBAN LEGEND? I think not 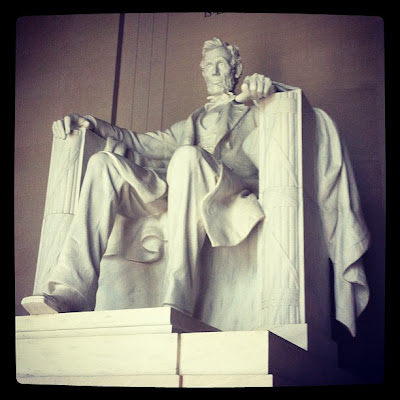 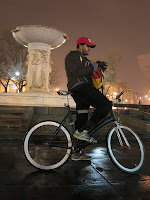 two stories I like to share about the Lincoln Memorial...
both of which the National Park Service dispel as Urban Myths

The Lincoln sculpture at the Lincoln Memorial is signing A and L with his hands for Abe Lincoln in ASL: American Sign Language
Urban Myth? I think not! after all... Lincoln did sign the charter to form Gallaudet University
https://en.wikipedia.org/wiki/Lincoln_Memorial

and also...
the sculptor, Daniel Chester French was inspired by the notion of ASL after completing his sculpture of Thomas Hopkins Gallaudet
https://en.wikipedia.org/wiki/Daniel_Chester_French
French also designed the fountain at Dupont Circle!
WOW!

a side note...
in college I played varsity soccer at St. Mary's College of Maryland... Division III

for some reason we would play Gallaudet twice each season
which made us somewhat rivals
this worked for me... as I was a very physical player
and the players of Gallaudet were also very physical
friends and enemies made in those contests