the moment when the Mount Pleasant riots happened at the 7-11... it was nothing but confusion 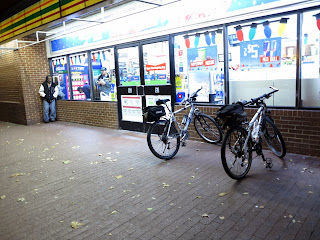 then...
someone took talk to action
that person walked into the Seven Eleven
took what they wanted
nodded to the cashier and walked out without paying

then...
this person pulled one twelve ounce can of coca cola from a six pack
and hurled that can at the Seven Eleven
which opened the flood gates
shit got wild

I know John Reardon brought his camera
as well did John Falls
I was into the concept of photography, but did not have taking pictures part of my routine
which is a bummer

I wish I had documented more of what I saw