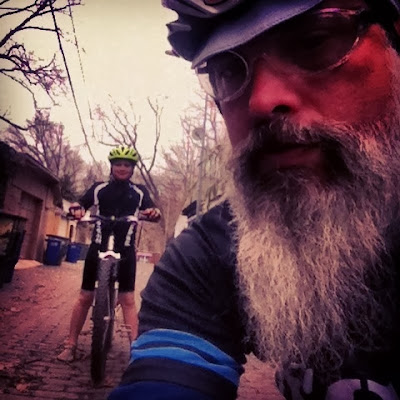 a shot for instagram with the iphone
Grant is patient with his father's compulsion for photo documentation
well... Grant is sometimes patient with Dad's photo obsession

this winter has not just been cold... this winter has been harsh
there has been a moderate amount of snow
the snow is magical... but it does not come without its costs
snow is fun but it is a whole lotta work

but it really has not been the snow or even the ice
it has been the cold
there has been an excess of COLD
in short... winter has been winter

a winter with a new weather phenomenal
polar snap
or is that
Arctic snap or Arctic Blast?

no matter... there have been these waves of intense cold
weather that made for great ice skating
and even some great hard packed mountain bike rides
but not so great without the gear
my kids do not have the winter gear for winter cycling

I must admit... the cold bite of winter has kept us off the bike
not enough gear is a good rational but not really a solid excuse
it has been the cold that has kept me and the boys from too many bicycle rides
sure I have been commuting and a few rides here and there
but somehow we have fallen out of the routine of getting the boys out on the bikes
I guess I am partially to blame

it is tough
the boys fight me
everything is at gunpoint
and well... I get tired of fighting them
it gets exhausting

they win the battle
they lose the experience
but how long can I continue being someone's personal trainer
how can I be their cycling chef, bicycle mechanic, and their motivator
it is not easy
it is hard enough for me to motivate me

on this day... I went for two rides 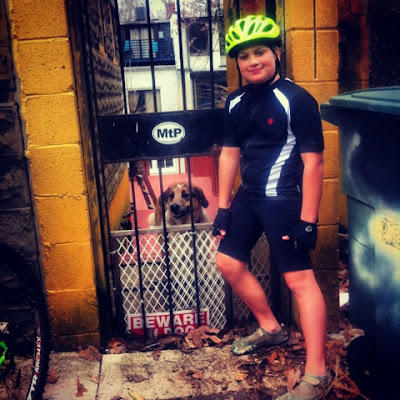 SCREENS OFF! SHUT THOSE LAPTOPS


got the boys to power down and then head downstairs

this would be the innagural ride for Grant on Dean's old 26 inch wheel bike...


with the bike ready I went inside to get Grant


Grant was fed and dressed
I asked Grant if he had enough clothing on
voiced to him that I thought he would do well to put a long sleeve shirt on under his jersey
but Grant knew better... said he checked outside and shorts and short sleeves were good
then I offered up some full finger gloves
but Grant knew better
then I saw that Grant was wearing his Five Finger Shoes
rather than argue it... I made mention that the soft soles of those shoes would not work for riding the bike but would be find for today 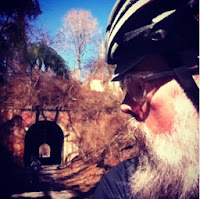 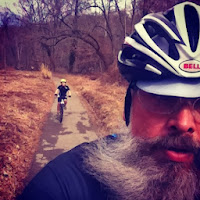 
so frustrating
why does a boy think his limited ten years of experience would trump my advice?

as I finished prepping my bike and suiting up myself I sent Grant out to test ride the bike
sure enough... Grant come back to me complaining
the classic weasel... trying to make a rational to try and avoid the task at hand
"is the bike good enough to ride today? THEN LETS RIDE"

out the back alley and down the road... minutes into the ride and Grant was smiling
glad to be on the bike
all the fighting
all the resistance
sure enough... not only do I know what is best for him, but I also know what he enjoys

as the day went on there were some things...
Grant later agreed that he could have worn another layer
then Grant crashed and admitted that the shoe selection could have been better
ah... I guess Father Does Know Best

it was a good ride... Grant agreed to a 5 mile ride
the loop I had set in my mind turned out to be just shy of 11 miles
no worries... Grant is capable of more
we did our ride and returned home and it was the same routine with Dean
ushering Dean to get suited up to ride as I prepped his bike for his turn on the bike 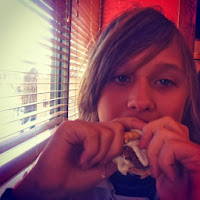 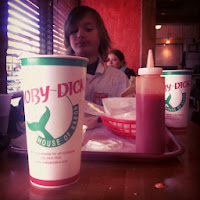 just as with Grant... I tried to work a balance of letting Dean set the pace while trying to make sure his pace did not drop
well... actually at the start of the ride I had to have Dean tone it down
the kid was so stoked to be on the bike that I was fighting to keep up with him
but I feared that this pace would have him bonking out before we got halfway done
so... I reeled him in and we rode together 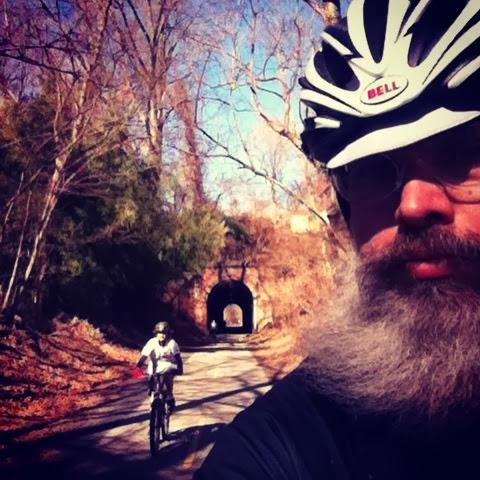 what a great day!
what a fantastic day to be outside!
what a beautiful day to be on the bike
what a wonderful day to bond with the boys! 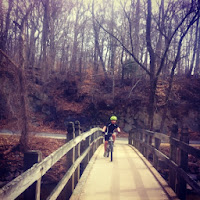 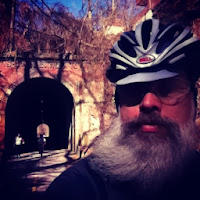