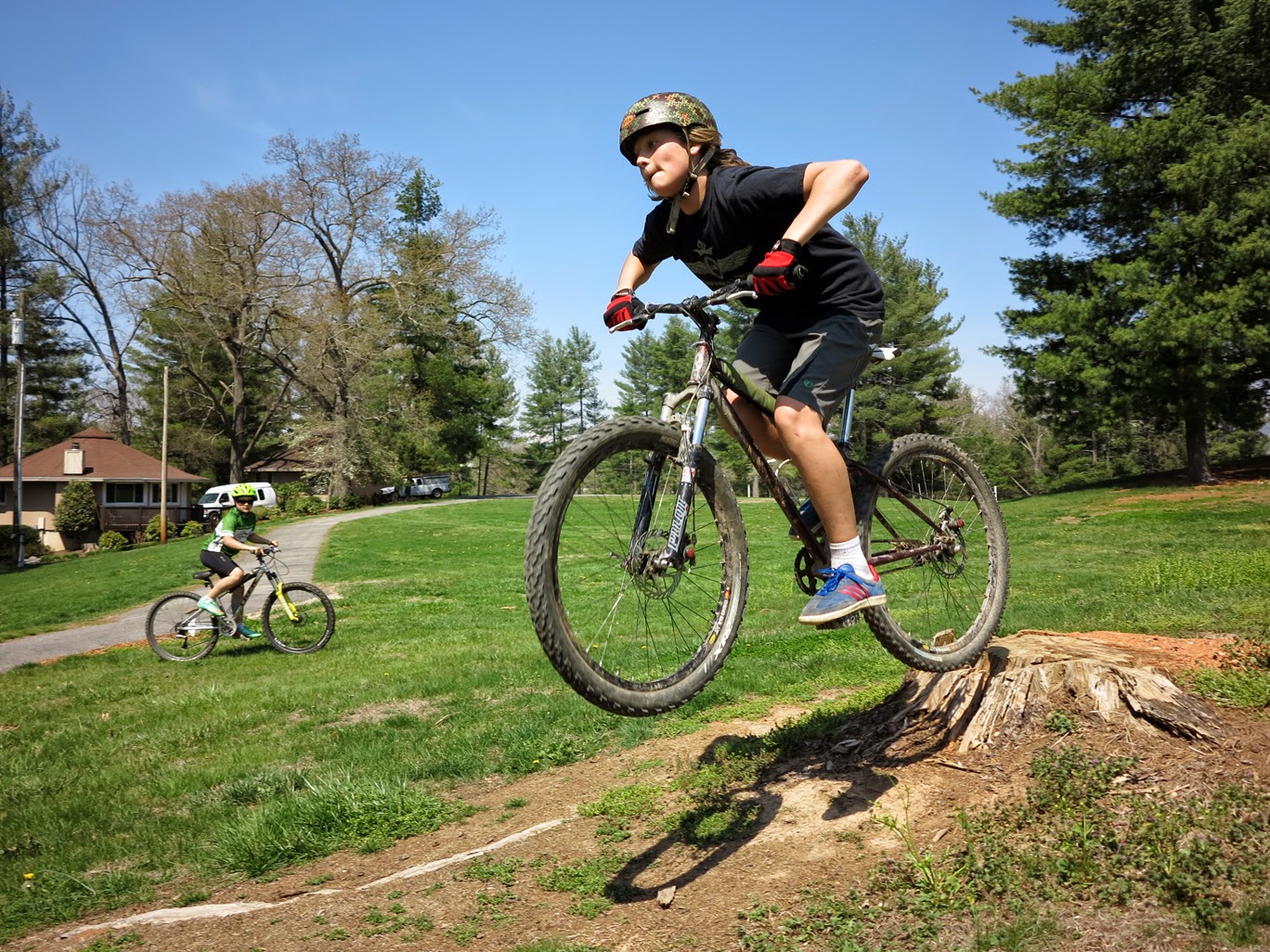 today is Tuesday...
it is the morning...
it rained all night... not sure what to do with the day

debating on a quick tour of the Biltmore Estate

makes more sense than having the boys on their computers playing TF2
Biltmore Estates
http://www.biltmore.com/visit/things-to-do/tours

so far so good
the departure was stressful as the departure to any trip can be
well... can be if you are me
so often I script my own misery
so often my life is a self imposed comedy of errors

finally out the door and in the car and my phone decided not to work
I had been having some issues with my iPhone since I do not have enough space for the new iOS
removed all the photos and some applications to make room
still not enough room
but... for 24 hours I did not have the NO SIM failure
until I left off to Dean's game in Rockville\Potomac

I arrive at Dean's location... there was no address at the field... I did not see Dean's team so I left the parking lot and went further up Falls Road
but the addresses were getting too high so at the next opportunity I turned around

only to loop back to that same lot to find Lisa and Dean waiting for me
they were not in this parking space on our last pass through, but no issue
at least Dean was here instead of on his way back into the city
I was late and frustrated but ended up pointing South and start driving at the time I had anticipated leaving
2PM

on the road we would experience a few trouble spots
enough traffic to make an 8 hour trip become a 10 hour trip
which is to be expected with gas stops, piss stops, and food stops
traveling with two kids and a dog will increase your need to stop

we arrived at Spanky's family's place in West Asheville by midnight! 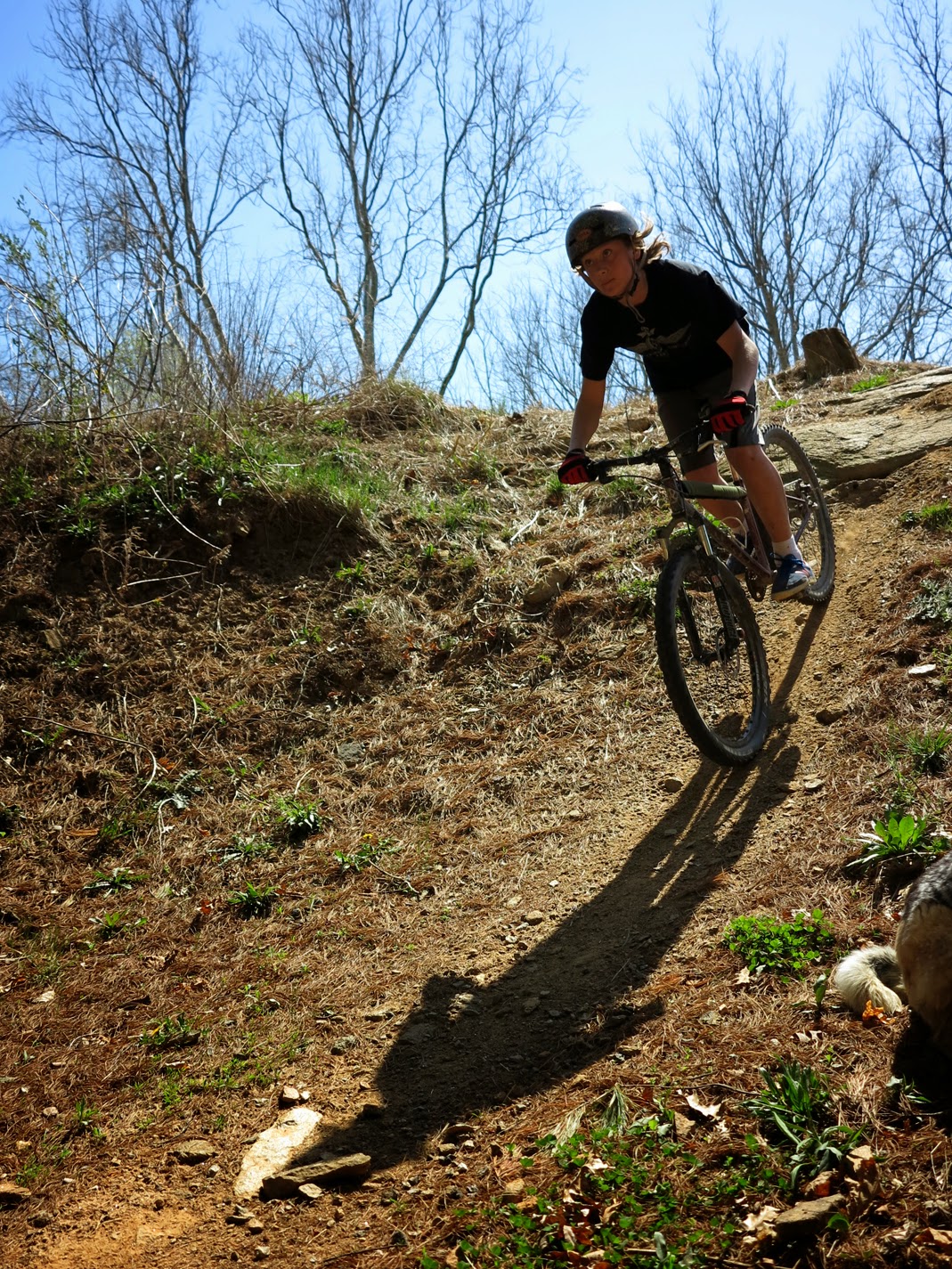 Sunday... our first day...
we walked from Adam's family condo to "the strip" in West Asheville
there we got breakfast
ah... coffee and a breakfast sandwich

fueled up we marched back to the condo where we suited up to ride
shockingly enough the phone decided to work again
ah...
what a relief!

the broken phone really revealed my dependency on the modern convenience of the GPS technology
sure my phone never rings
but all that other stuff is vital
how could I live without Facebook, Instagram, Blogger, and the GPS map feature?

but amazingly enough... the phone started working again half way through the trip
relief!

so rather than drive... we rode to the bike park 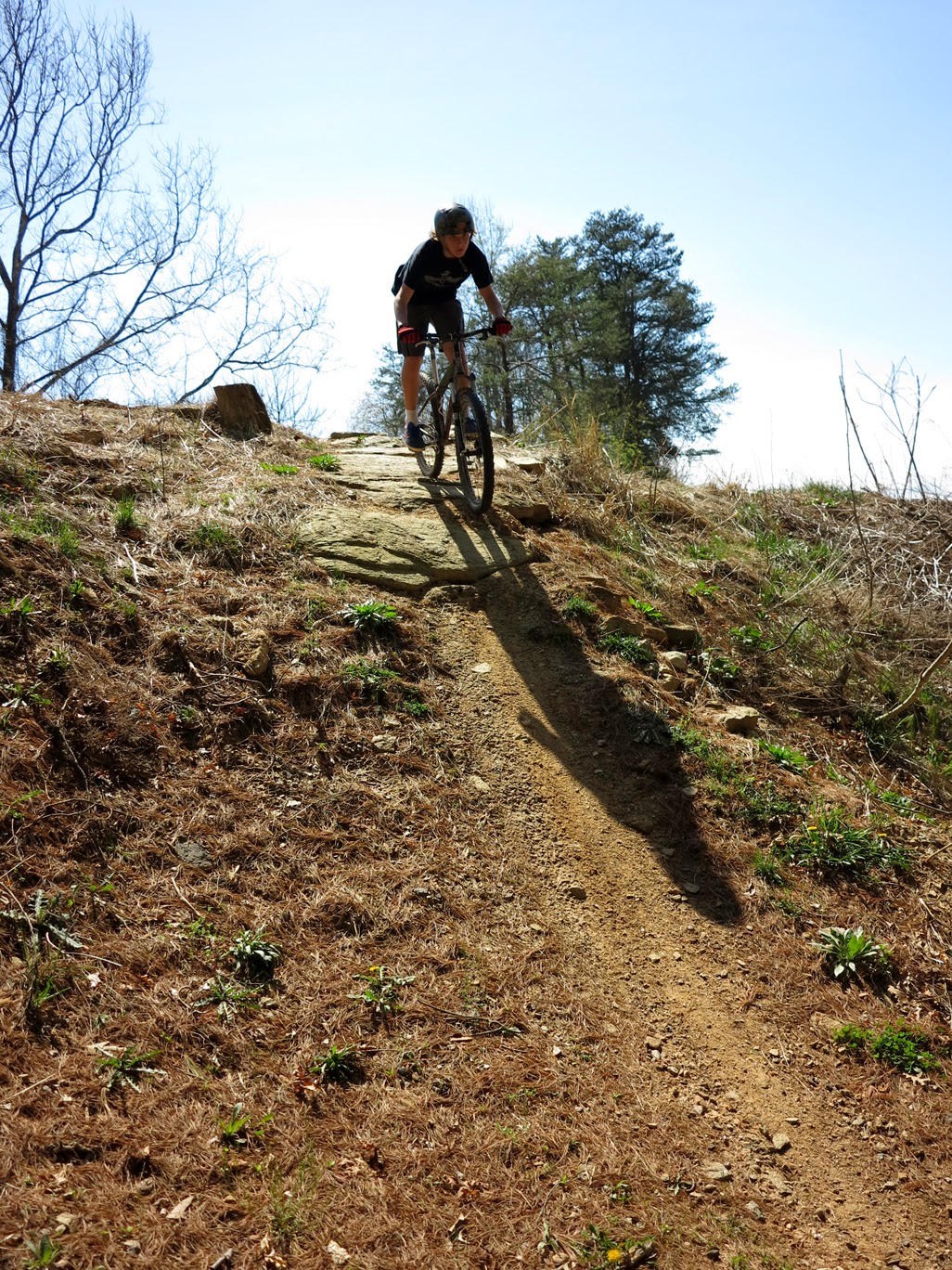 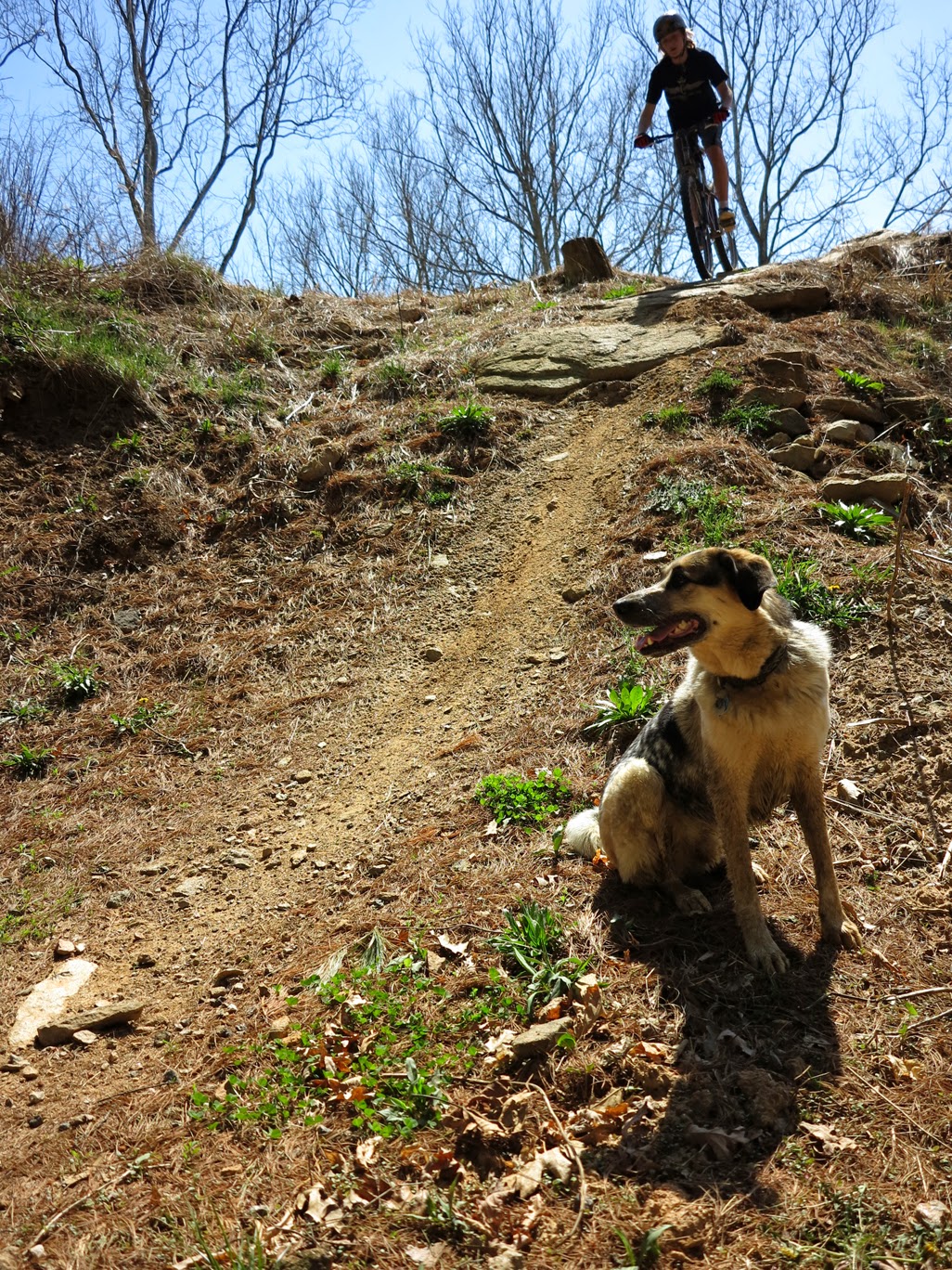 ah... Kolo Bike Park is on the grounds of a resort that offers golfing, zip lines, and a rope course
we were only going to be mountain biking
although the zip lines and climbing course were stealing the boys' attention
I was not ready to swipe the credit card for each and every one of the boys' whims

Kolo Bike Park is a small network of single track trails with some flowy berms, tight winding singletrack in the woods, a few roll ins, and some other features

this repeat it for the camera works for the diving board, the sledding hill, and of course biking
it is a subtle trick... but it works 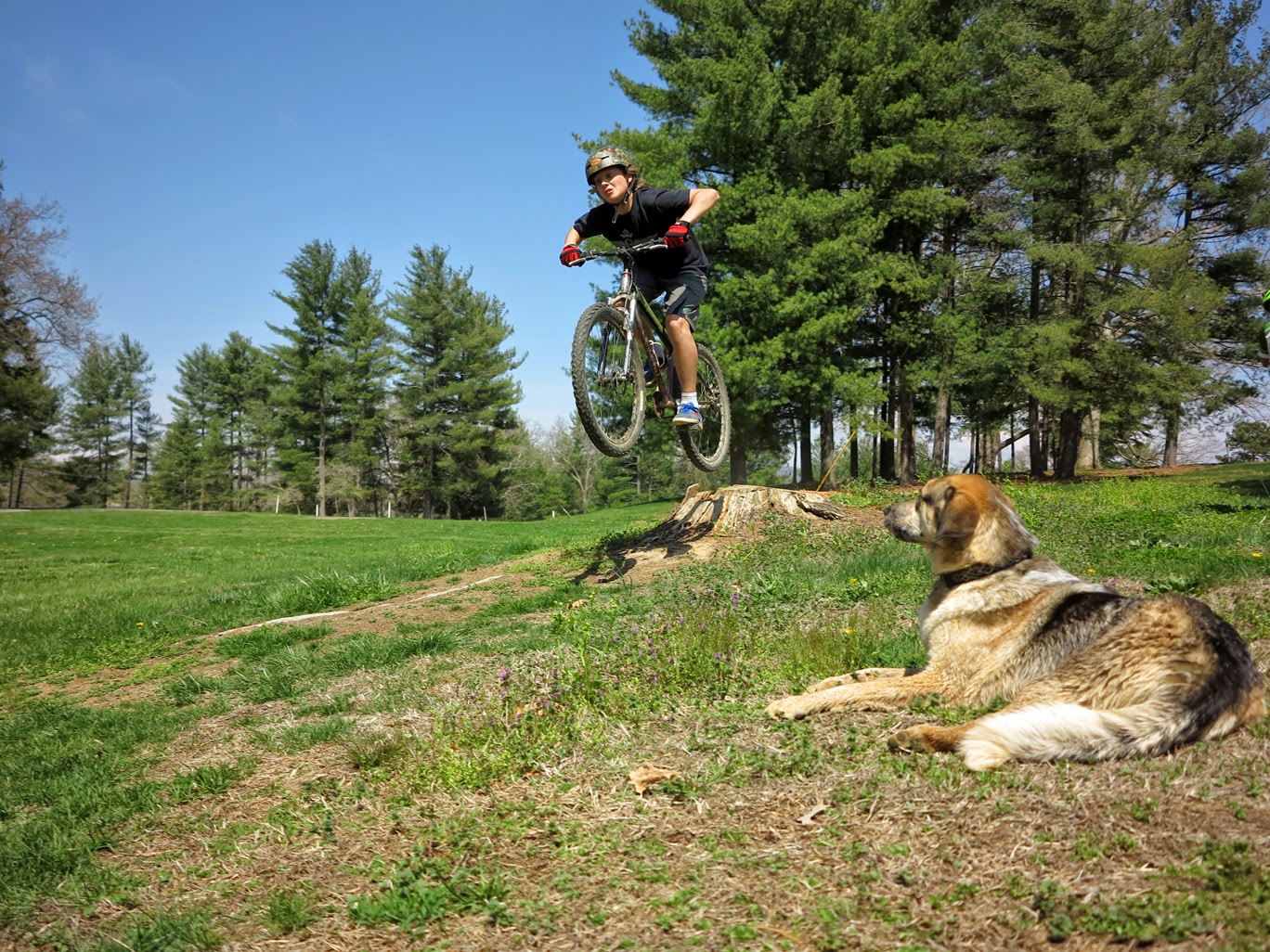 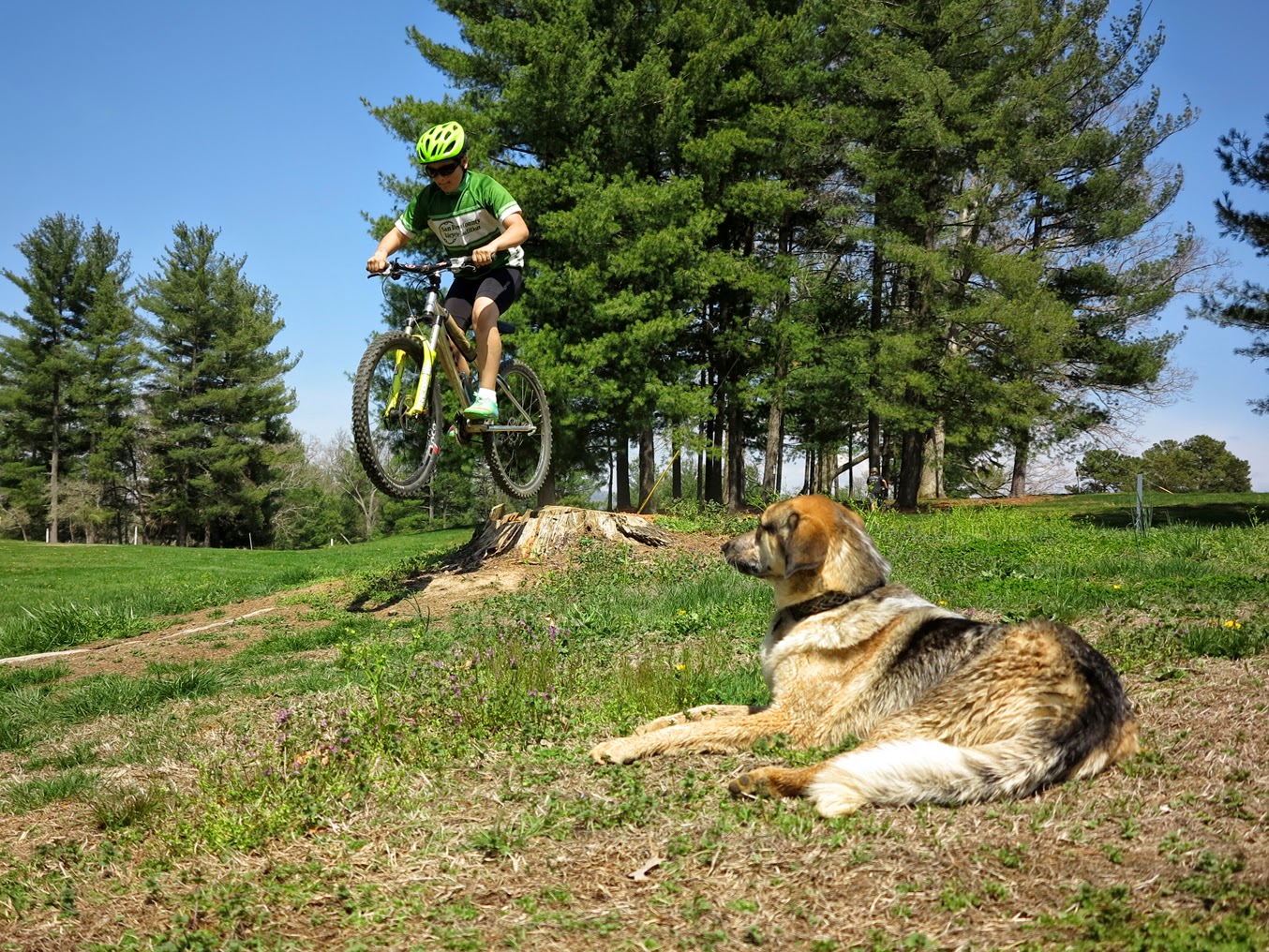 Kolo opened last August... which means that the park is still in its infancy
over time there will definitely be some growth and development 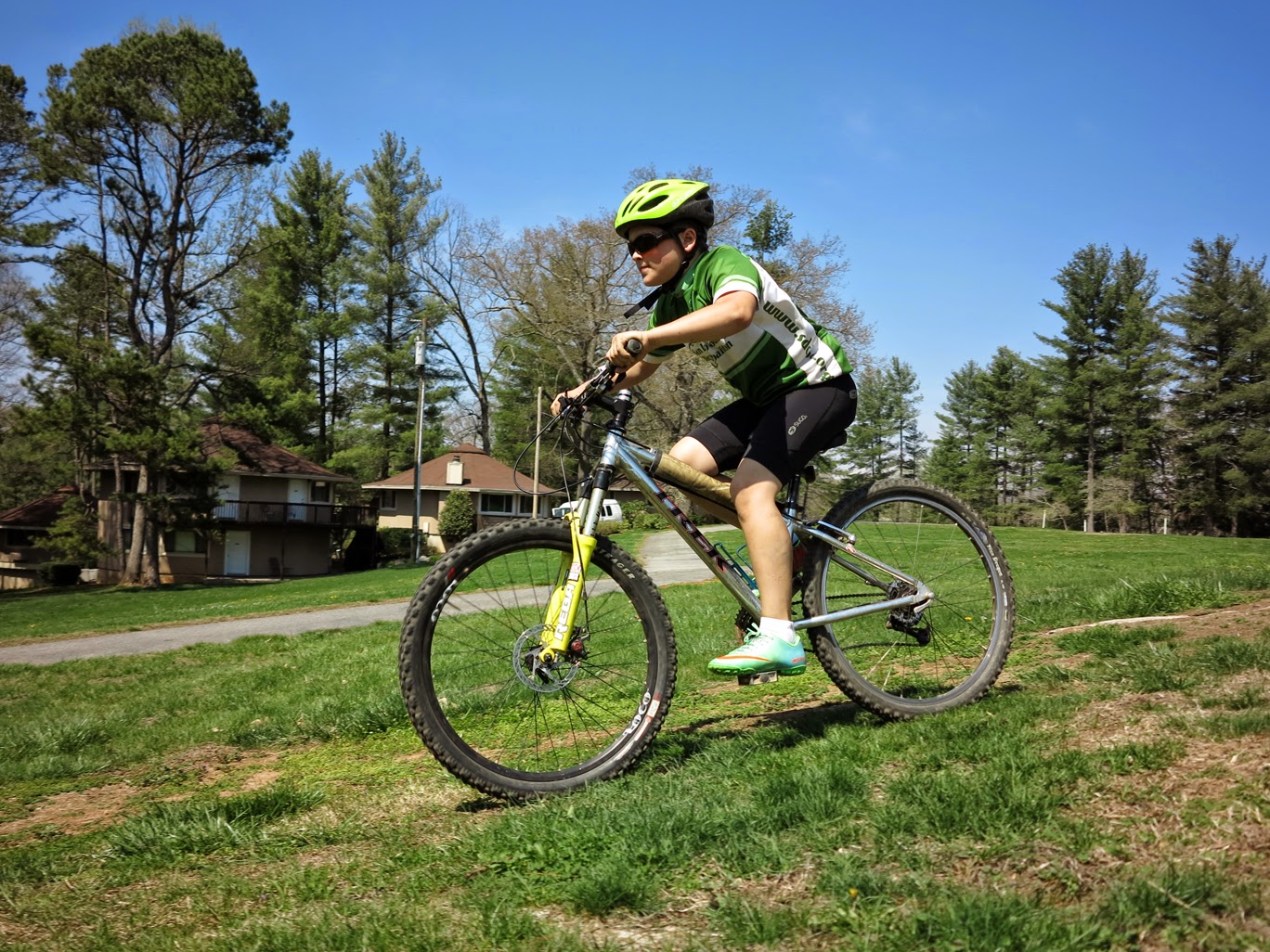 at the trailhead the sky overhead was dark and gloomy
we did not know what to expect of the trails or the weather
I chatted up some guys in the parking lot
their information was helpful... but not so specific... adult riders knowing adult needs and adult understanding

I ended up leading the ride with some guesswork
figuring if we did not find a good loop... we could just do a logical OUT AND BACK
this of course was being done without GPS or old school paper map
just with my Spidey Senses tingling

from the parking lot... onto a paved trail... then a left onto the Wolf Branch Trail

ah...
parenting... the joys of parenting
the trail was moderately technical and was rolling
pointing more up than down

the difference in strength, stamina, and want of the ten and twelve year old boy was visible
Grant was stopping and complaining
this happens... this always happens
I am not sure if I know how to contend with this stubborn little man

so... I push him
I listen to his list of excuses... then ignore them
well... I run the complaints through a filter
and then I ignore him and try to find a way to have him continue forward
all while letting 12 year old Dean ride further and then either rest and wait or turn back towards us so that he gets more riding in

Grant complained and fought... but that is often the way things go when riding with a 10 year old
from the single track in the woods with the rocks and roots of the Wolf Branch Trail onto a gravel fireroad that went up hill
we pedaled a mellow grind up a little ways
Grant had heard the conversation in the parking lot and wanted to continue climbing
Grant wanted to climb and climb so that we could get a serious descent

then the fireroad we were on met with another fireroad where there was a trail headed into the woods
the trail was unmarked... Corvair is what the locals call it
Corvair was just what we were looking for
Corvair was that great reward for the all that work pedaling up
Corvair was a great little downhill meandering through the woods

Dean, Grant, and I looped Corvair a few times... flowing down... then climbing up
Grant was able to take a break at the base while Dean and I repeated the loop a few times without him


then the weather started to turn
the weather had been threatening... but seemed like it was gonna turn
so... we reversed our direction

back down the fireroad to the Wolf Branch Trail... it was a technical climb up... which would offer up a technical ride down
then back to the parking lot

on the way down we chatted up a mother\son set of riders
then in the lot there was a couple putting on some rain jackets as they left the trailhead just as the rain was about to start
then with the boys in the car and the bikes ontop it started to pour
it rained cold and hard... we finished just in time

and sure enough.... on our rainy Tuesday we went to the Biltmore


the Biltmore is not for everyone.... I may be that everyone
okay... really? the Biltmore is AWESOME!
but, it is expensive and crowded
in short people line up and stay in line as they meander through the mansion
most people on an audio tour
the gardens were less crowded and even with the rain and cold... we enjoyed the outside even more