is youth homelessness on the rise? the number of seemingly homeless young people with dogs seems greater than ever 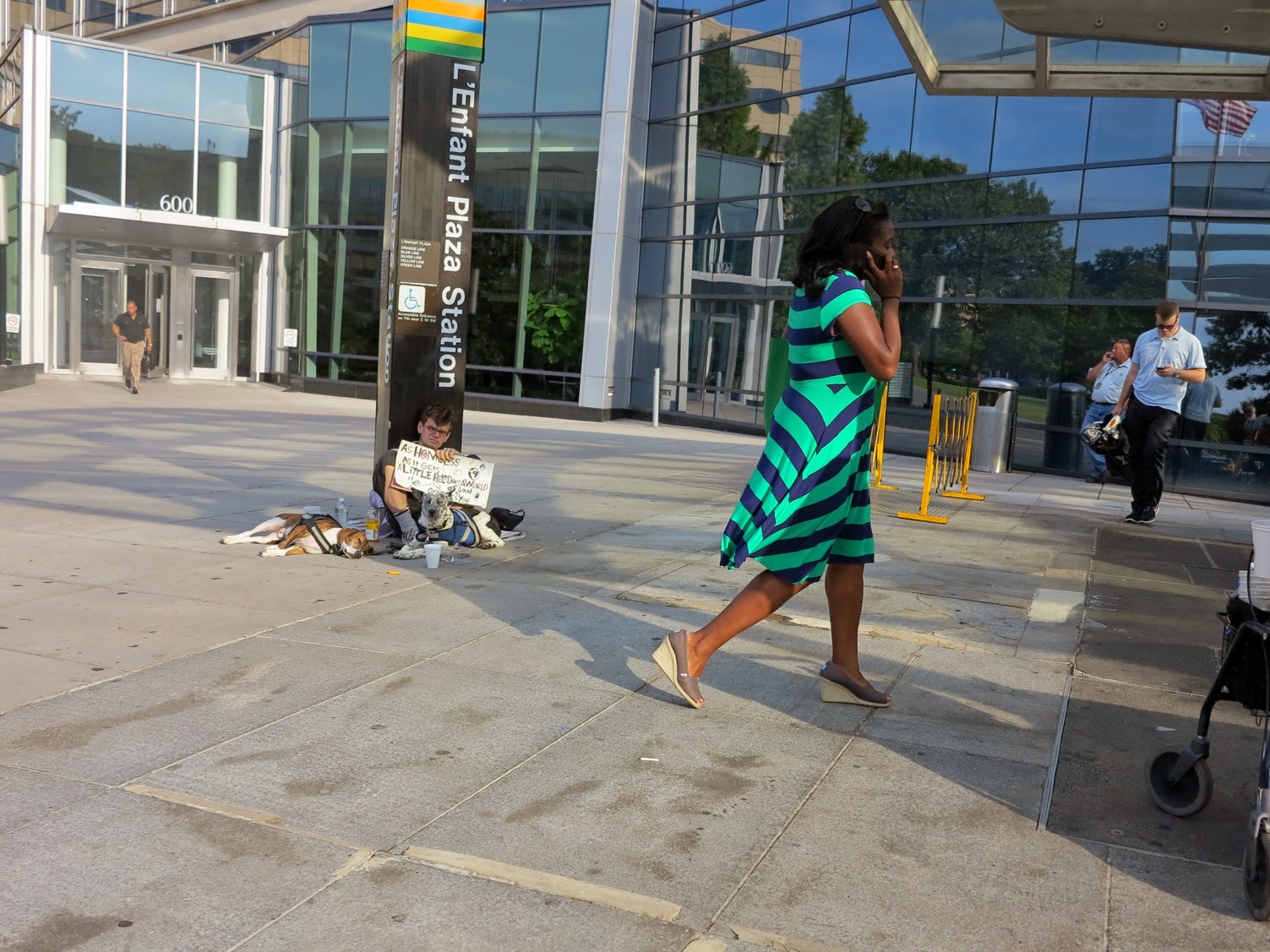 I approached him and talked about his dogs... one of his dogs had interesting markings and turned out to be the same mix as my dog Didg
half Cattle Dog\half Australian shepherd
our interaction was short

I told this young man about the free concert just blocks away on the National Mall
there was a Pete Seger Tribute concert
as it turns out this kid plays banjo... so the thought of this concert intrigued him
we parted ways and he walked in that direction
I hope he enjoyed the concert... I heard it was amazing