POV Video of a cyclist getting Doored... 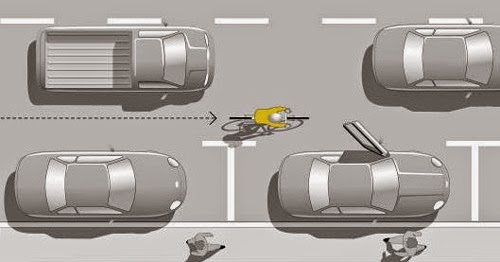 "doored"
"the door zone"
here is a pov video of a NYC cyclist getting doored
http://www.vingle.net/ 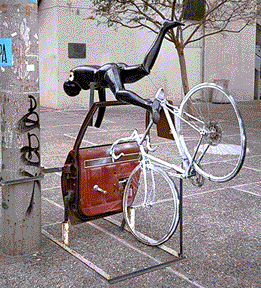 I ride in a style to avoid being "doored"
I have never been doored
but I have had countless close calls
as the expected place for cyclists to ride is so often IN THE DOOR ZONE!
DOORED on the Gwadzilla page
http://gwadzilla.blogspot.com/search?q=doored 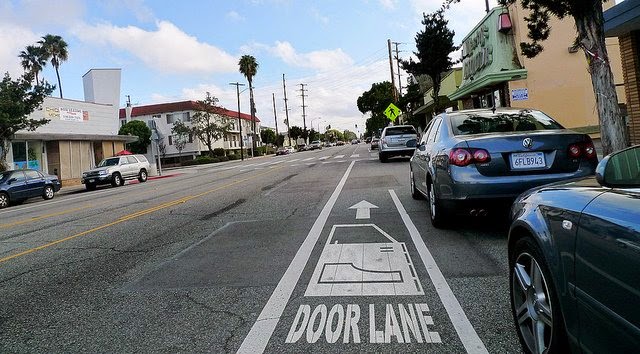 there is a method to the madness
the zigging and the zagging
the serpentine movement through traffic
it is not for the thrill of it
it about PUTTING MYSELF WHERE I AM MOST SAFE
avoiding conflict... avoiding danger
trying to stay clear of the WORST CASE SCENARIO

be safe on the bike
be considerate when in the car 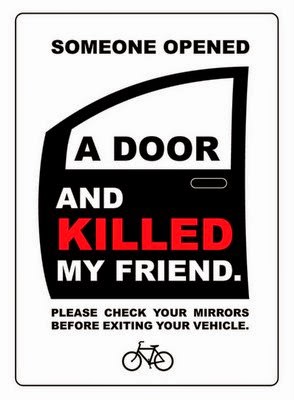