some randome thoughts about the Bike Party... with rapid growth there are often growing pains... the DC Bike Party is going through some growing pains 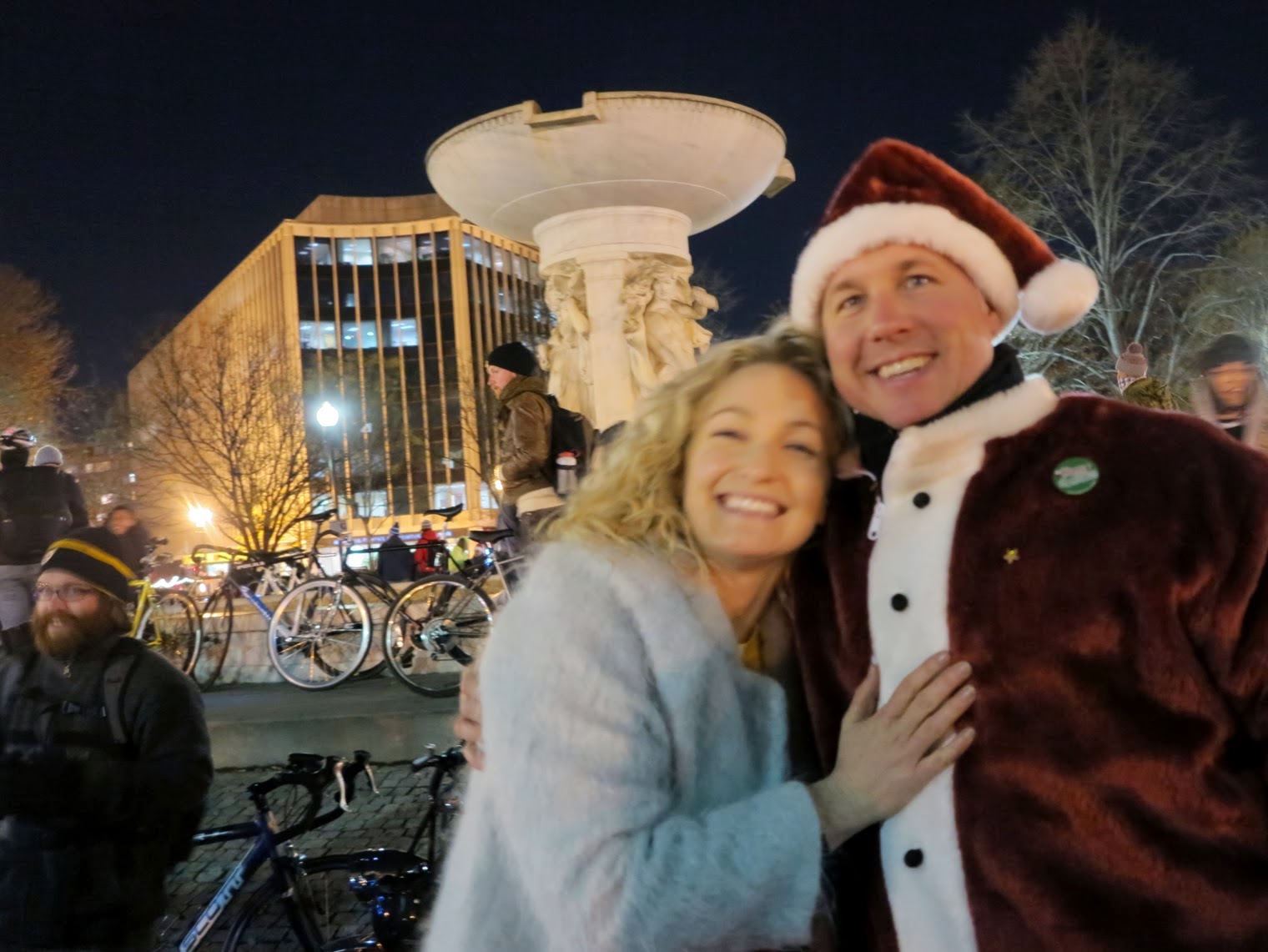 more commuters... more racers... more social riders
okay... fewer messengers
but so may aspects of the bicycle culture is growing
the concept of the social ride is spreading

the DC Bike Party is GROWING!

which is what we want... we always wanted a bigger party at the DC Bike Party
but... with this growth comes change
a ride of two dozen cyclists is much more easy to manage than a ride consisting of hundreds of cyclist

a glance at images from the DCBP show that it was a massive amoeba on wheels
but how many wheels?
if we find out how many wheels and divide by two we will have a good estimate as to how many people attended the DC Bike Party Country Club Cruise
https://www.facebook.com/
tandems will balance out unicycles to give us a moderately accurate estimate with his measure

although I do not know the exact numbers... I do know it was a massive group of people on bikes
maybe the largest DC Bike Party to day
but that is a guess
an uneducated guess 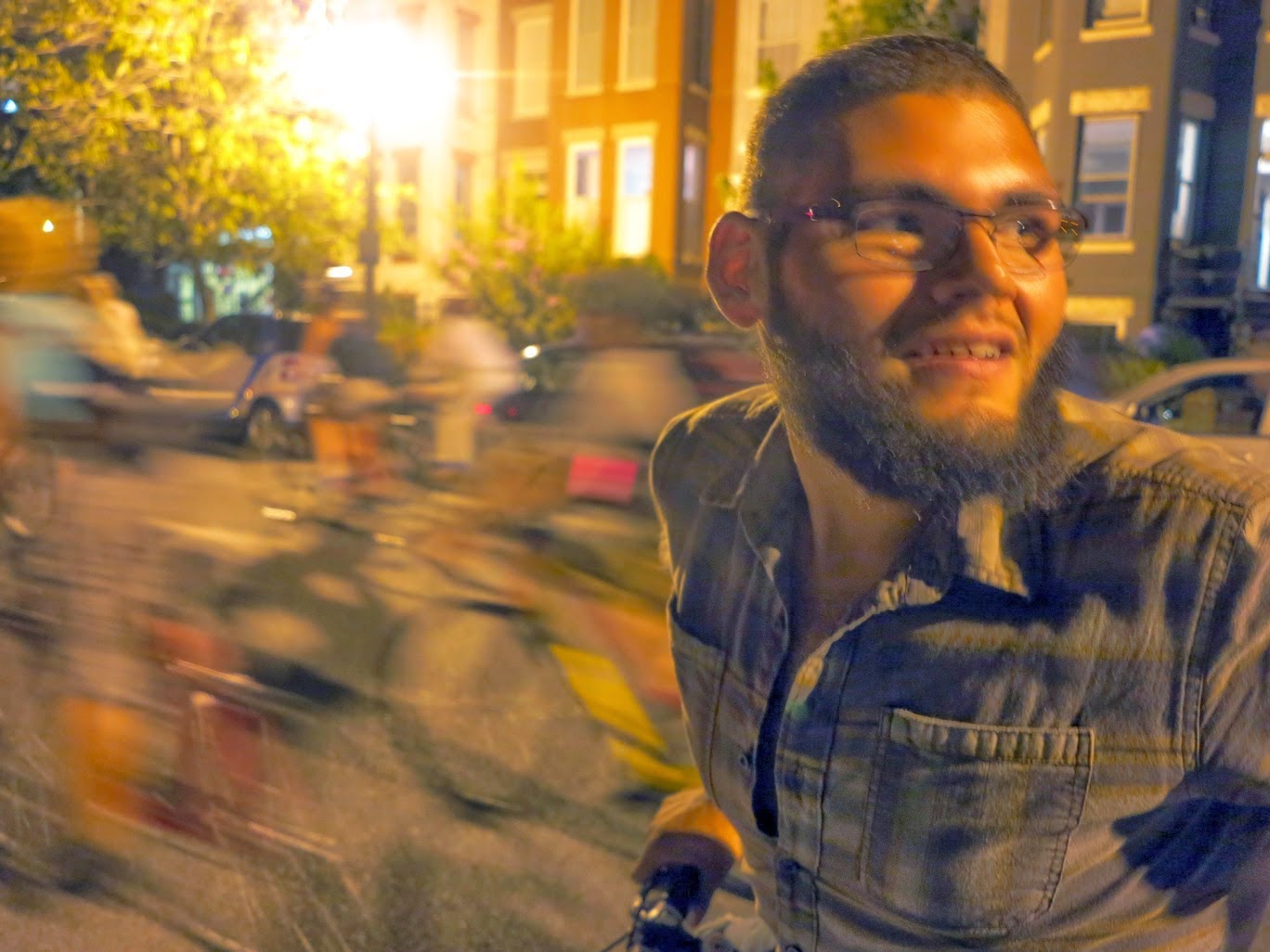 avid cyclists from all different subgroups of the cycling world

but separation?
the fragmenting of the group disrupts the flow

how do we maintain flow? 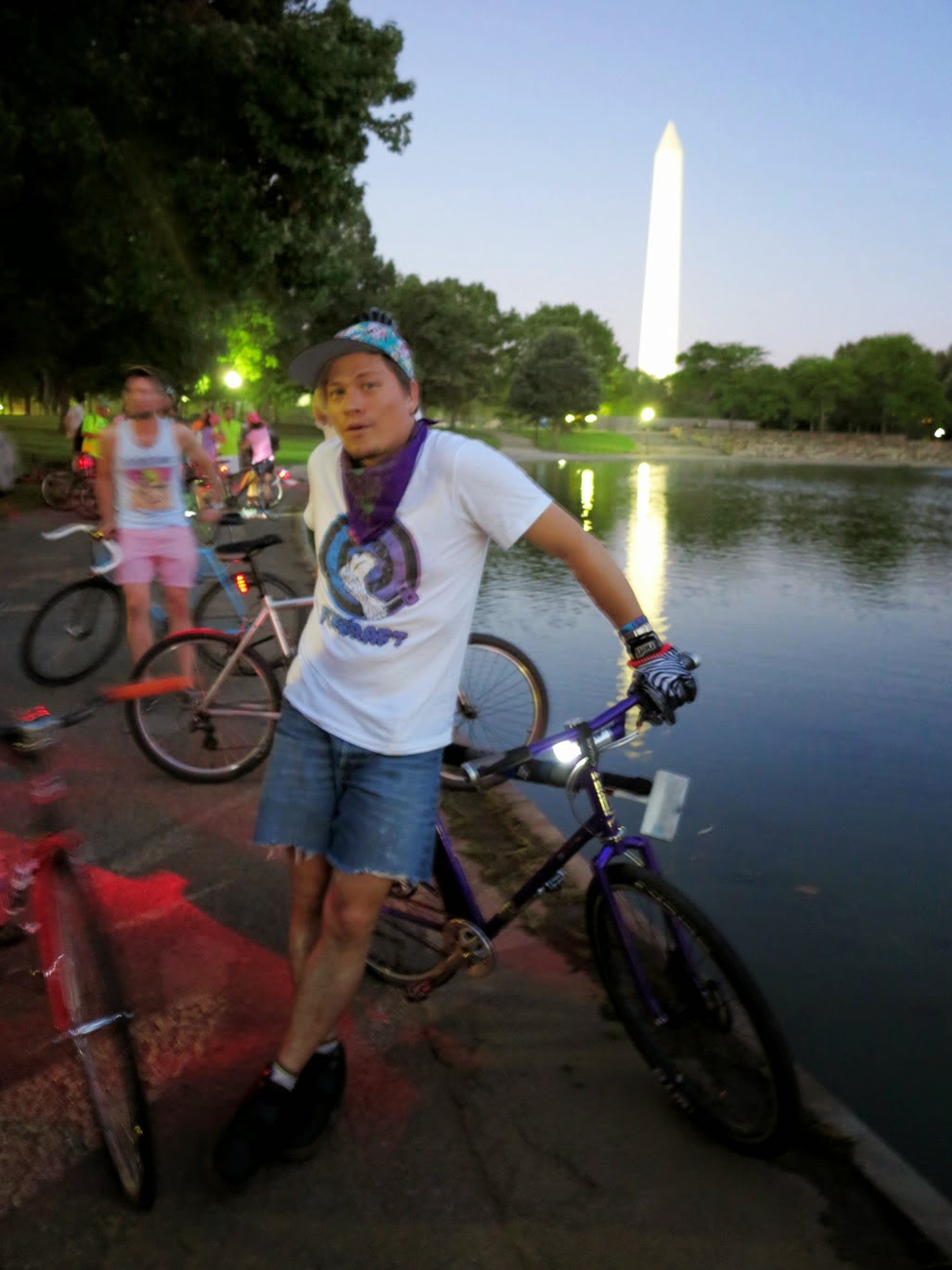 How do we keep the massive caterpillar from breaking apart
should we "cork?"
are we allowed to "cork?"
what is corking?

CORKING IS NOT A CRIME!

how do we get the right\acceptance to cork?

I think removal of the police presence would be a step in the right direction
to quote Mickey Rouke as Charles Bukowski in BARFLY, "I do not mind police, I just feel better when they are not around"

because really... I think the police presence is causing more harm then good
I do not feel that they are on the same page
the police officers harassing the bike party does not seem like good use of our tax dollars
there are greater crimes than a mass of cyclists taking an evening tour of the city

tickets... threat of tickets... the patrol car following with the detective on the loud speaker

yet still... better... but not vital
I am for removing the police presence

which may be too late... they have been invited to the DC BIke Party
now it is not just on their radar but part of their routine 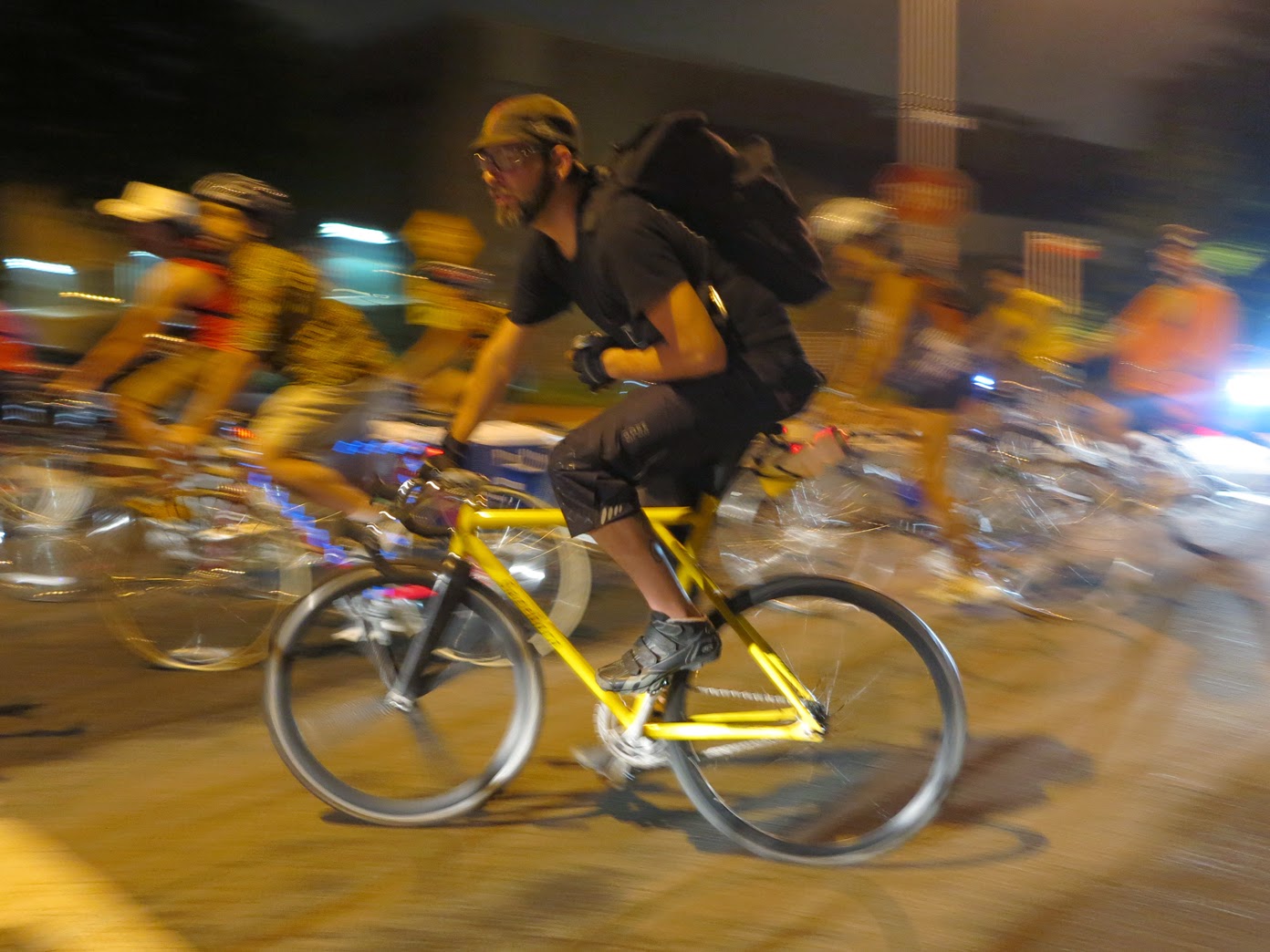 but what to do?
what are other cities doing?

how does the Denver Cruiser Ride handle the masses?
or that Minneapolis Slow Ride?
what are these other events doing differently?
how do they make it work? 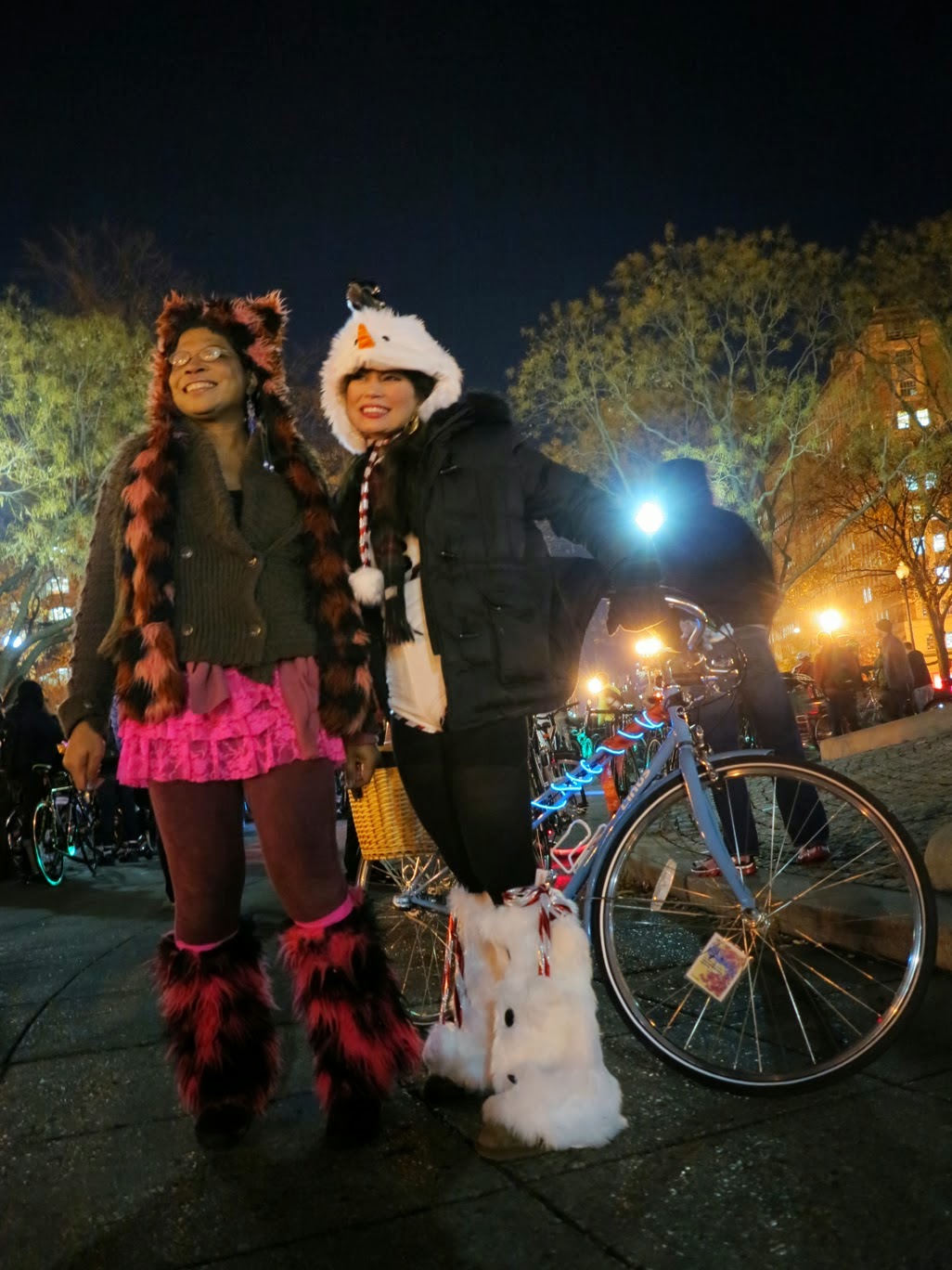 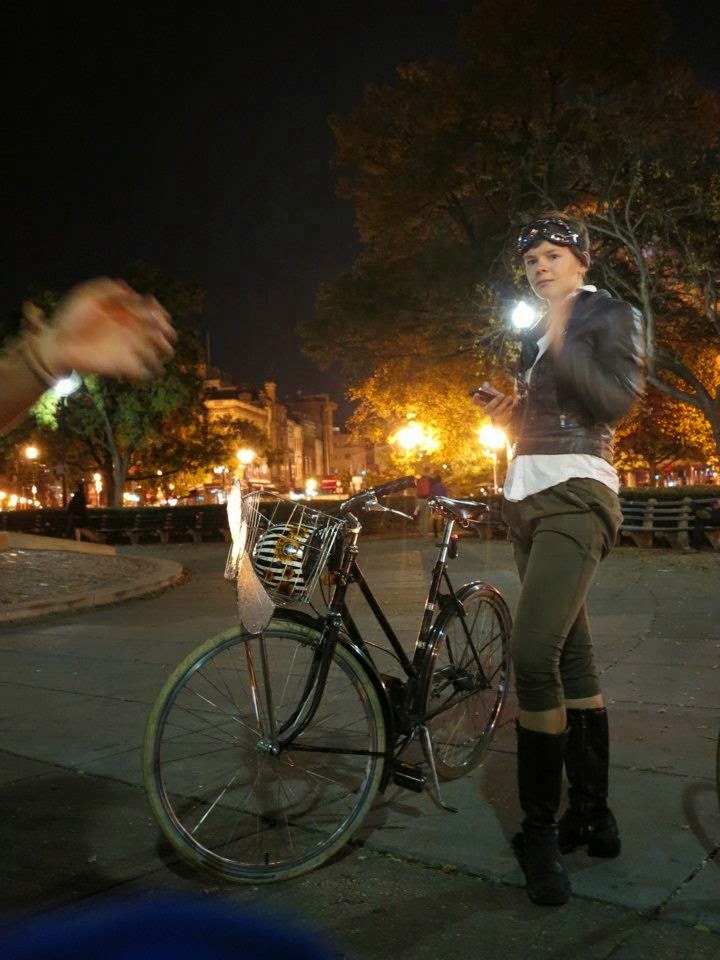 bigger is not always better
as adverse to change as we may be... change happens

how do we adapt to make this work? 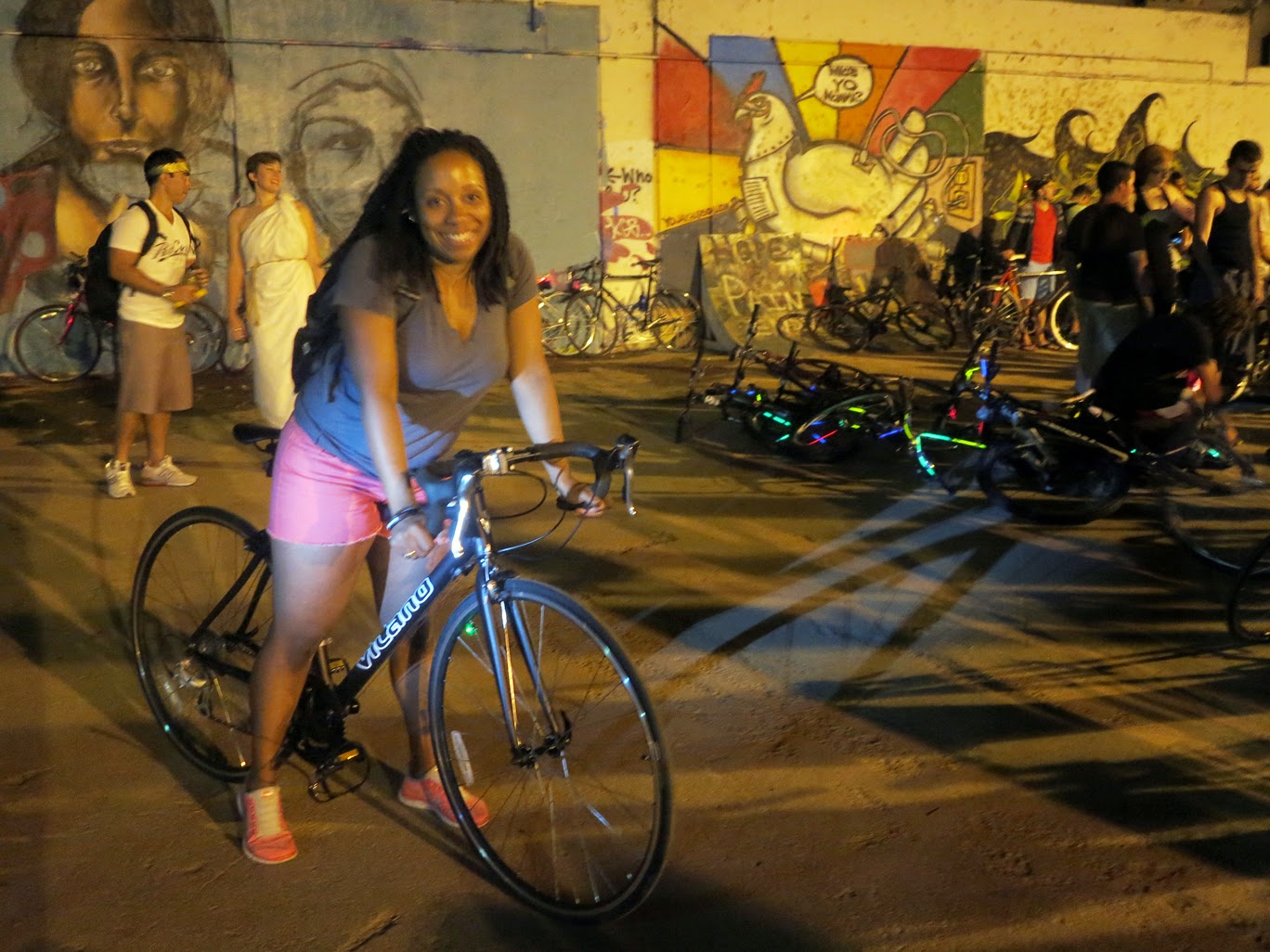 for me... if I can go for a ride before the DC Bike Party I end up having a better bike party experience
the DC Bike Party is not the place to "get your ride on"
this is not a work out
this is a slow paced social ride

the hammerheads... well... they may want to meet up on the same day and take an alternate route at an alternate pace
the slow paced cruiser ride is not for everyone
in fact... I had my doubts it was for me... but despite my initial feelings
I attended my first bike party nearly 2 years ago and really enjoyed myself
and have been looking forward to the 2nd Wednesday of every month ever since 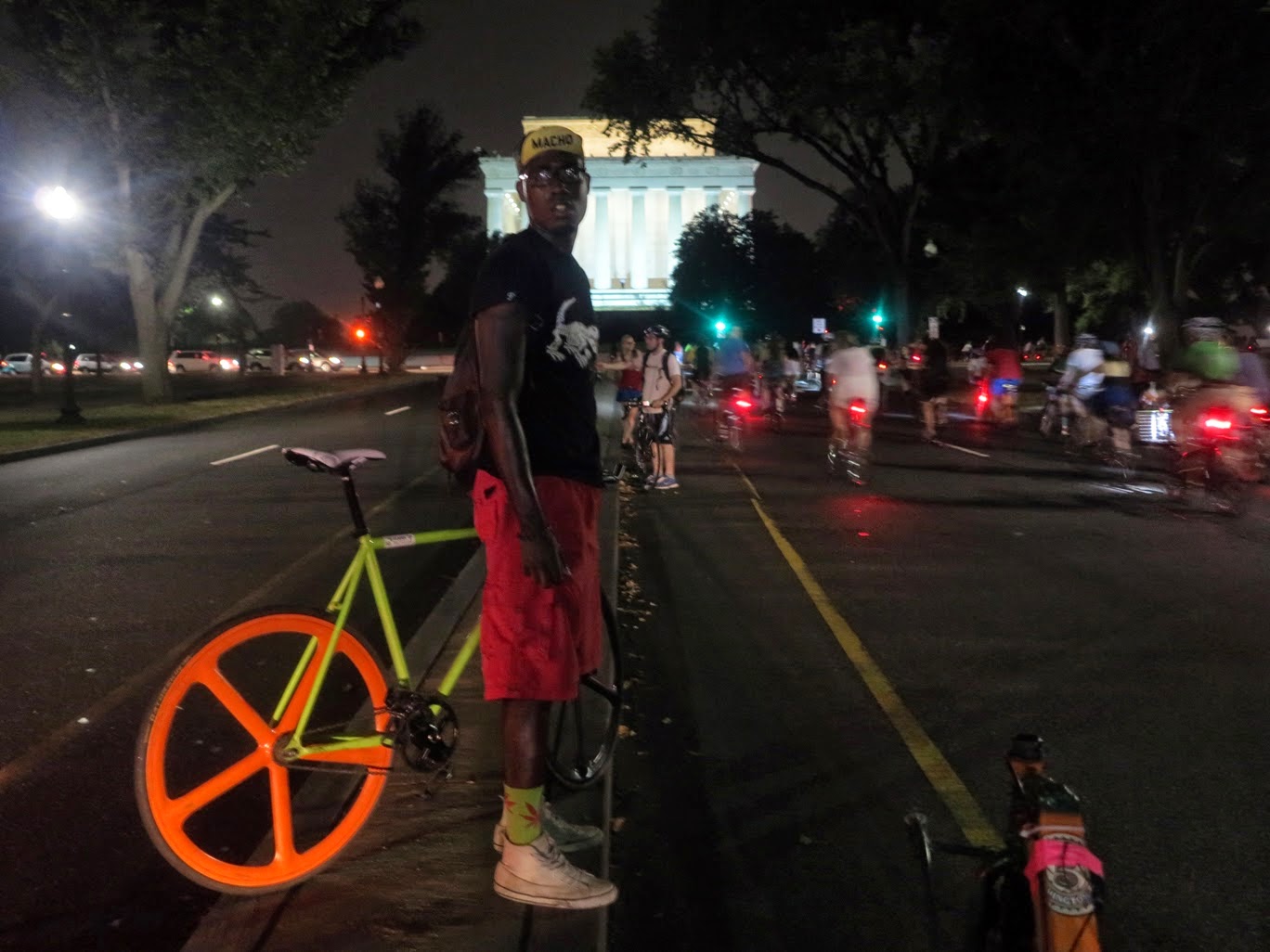 so... what are the options?

I think the best idea is for everyone to accept the DC Bike Party is what it is
if you want to change it... attend an organizational meeting
work with the leaders... become a leader
otherwise...
go with the flow

there are other rides
less social rides
more intense rides

I will admit... I am still trying to figure out where I fit into all of this bike party thing
I let the group go... then I chased it
my SD card filled up fast and kept me from doing my camera thing
but I still migrated from the back to the front then to the back again
only to chase to the front again

maybe I was trying to fulfill my need for input
yes... blame it on my ADD

more on this later... 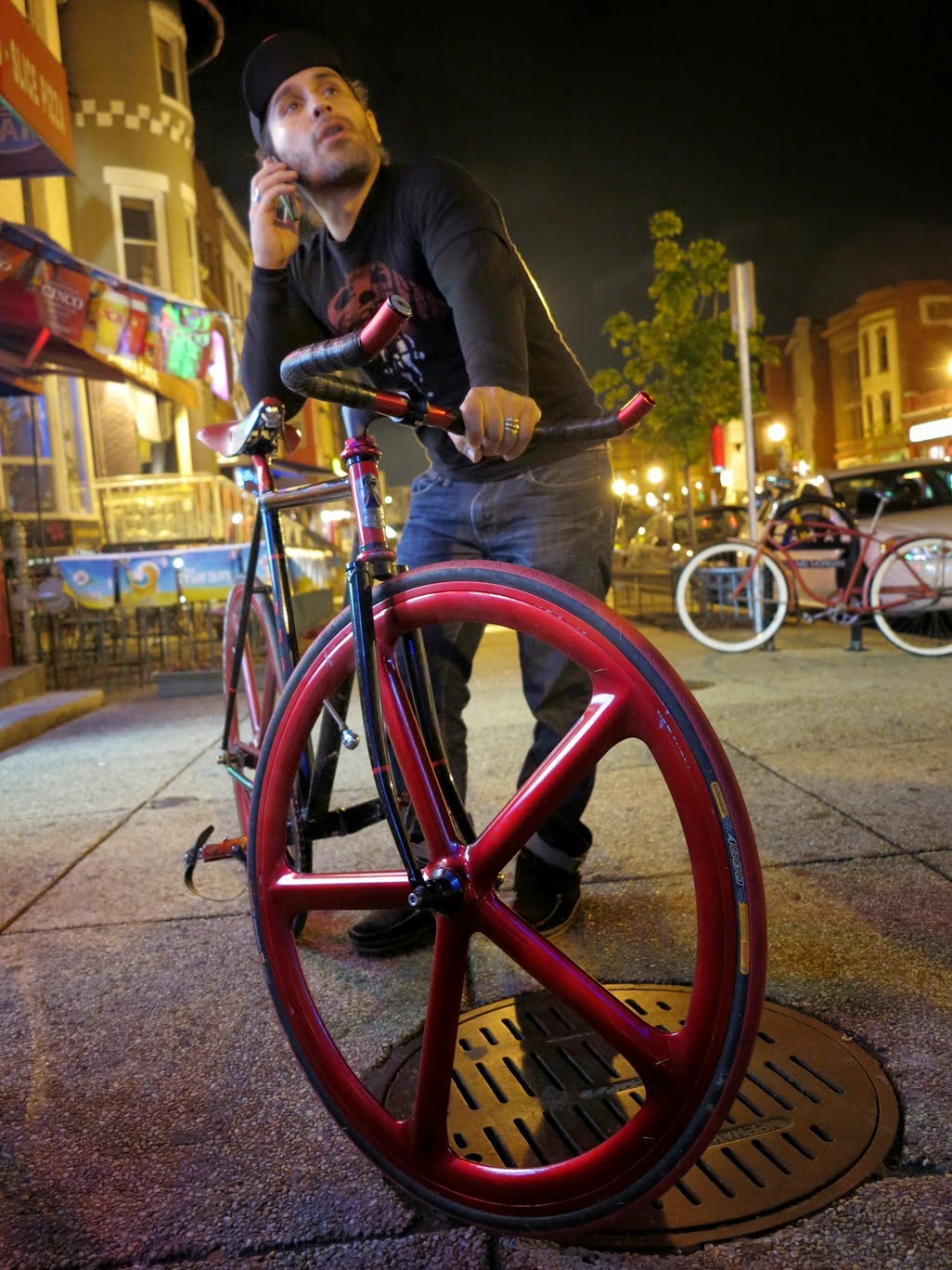