this movie was interesting and informative... but also curious to me because this was happening around me... I was at so many of those shows... I went to high school with some of those key players... 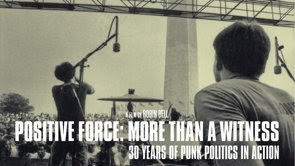 Revolution Summer... that was the summer after I graduated from high school

ties in some things that I have been intrigued by
Meese is a Pig
http://gwadzilla.blogspot.com/search?q=meese
perhaps the highlight of the film for me...
Seeing Jenny Toomey and seeing how active she was in her activism... well.. it was on my radar but I did not know how active her activism really was
http://gwadzilla.blogspot.com/search?q=jenny
although... in later years I do recall seeing her speaking in front of Congress and other similar such high level things