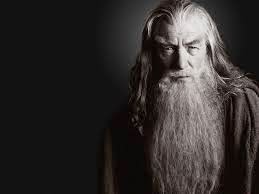 yes... last night I went out with my old buddies Rob and Kevin
we got tickets for the Salad Days: The DC Punk Revolution
fantastic film for an amazing story
an era of music and culture that was part of my youth
so much of the soundtrack of this film was the soundtrack of my youth

a tough story to tell
I think that Scott kid did a pretty solid job
he is like the DC version of Almost Famous
not the band aid... but the young reporter

funny... the beard
the beard sets me apart from those with fewer gray hairs
the young see me as older than I am
as it turns out... the old see me older than I am

I immediately recognized him... it was Mark Noone the one time frontman of the Slickee Boys
we got a kick out of the connections
although Mark is more than a decade my senior we still had multiple connections
I expressed how I saw the Slickee Boys but that they were playing to a wave of fans of an older age
how there would be these bands on the flyer
as kids we would go to the show... but often had to leave by the time the headline act came on so that we could make curfew

the film was fantastic
it was awesome... it was cool...
it was also a little irksome that I was on the sidelines rather than in the game
no music in my life other than listening

great film... similar to Positive Force: More than a Witness all of this information and all of these people were interesting me because I was there
so... my excitement for the film is from a different perspective
great seeing some friends getting credit
understanding that it is a tough story to tell
no every band gets mentioned
all aspects of the movement are not mentioned