in Washington DC... there is a big concern about ME ME ME!

another DRAFT
gonna just hit PUBLISH AND POST
I was not in BOULDER last week
but I wish I was! 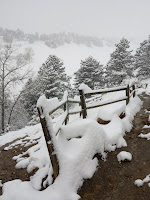 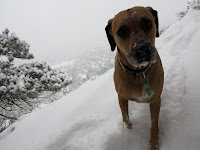 images from last week in Boulder Colorado
yes... snow in Boulder in April
that is life in the high country
mountain life is different than life at sea level...


people in DC are self centered
their selfishness inflicts upon other people's rights
this occurs in all aspects of life
on the sidewalk... on the street... in the grocery store... you name it
if you run into 10 people... more than half of them will step on your toes or brush you the wrong way


like in the car...
in Washington DC there is a simple formula...
it several cars approach an intersection with a Four Way Stop... who goes first?
well... each driver will ask themselves that question... and they will all arrive to the same conclusion!
"ME!"

when actually...
it would be in order of which they arrived and made a complete stop
which is funny...
I often roll up... start to slow down... then make my complete stop
while another car will arrive after me and do a "slow and go"
SNAKING ME! 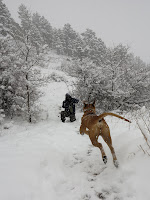 this ME ME ME
IT IS MY TURN!
I AM NEXT!
ME BEFORE YOU attitude is not just expressed in the way people drive
but also in all aspects of life
in how people migrate the grocery store
and
how people walk their dog

I just came back from my morning walk with the dog...
I had an "incident"
I WAS BUM RUSHED BY A HANDFUL OF DOGS! 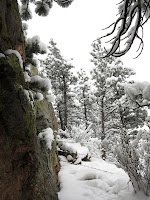 I use the word "friend" loosely here
but... I am "friends" with this dog walker
we have crossed paths for what must be a decade now
so... we know each other... we are friendly

which means... I am no stranger to his behavior or his dogs misbehavior
this guy does nothing to curb his dogs' behavior
he is not "Dog Whisperer"
yet he views himself as some sort of "dog expert"
which clearly he is not 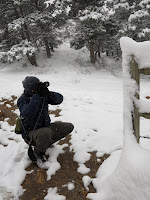 that is a rhetorical question... you do not need to answer that
we all know the answer

my past set of dogs were given some freedom
I had more than a few episodes where my dogs Roscoe and Brutus were out of line
and well... I did my best to control the dogs and then guide their actions to appropriate behavior
all while being sincere in my apology to the person who was aggressed by my dogs
while this professional dog walker does nothing... thinking it would be my obligation to avoid him
for me to know his schedule
for me to avoid him 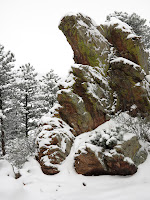 in our conversation he pushed my buttons... he did not respond politely... he much like his dogs did not behave appropriately
he was rude... sure... maybe more rude to me than he would be to others
but he was rude and obnoxious... always having the last word
never apologizing
never trying to call in his dogs or control the dog behavior
telling me to "go home, joel... go home joel"

my blood was boiling... if any of those barking dogs had come close enough... they would have gotten a sneaker to the jaw
which then knew... they kept their distance
but still barked
and well... the dog walker kept barking as well

to which I responded aggressively... "fuck you, _____"
which brought a smarmy response, "okay, but I do not think you would like it"
this dog walker is openly gay... I respect that... but he was being childish and turning my attacks back at me
I told him, "you SUCK, ____" to which he responded.... "well, yes I do"

I am not a physical person
fighting is not my thing
but... everyone has their breaking point
and well... this guy lit my fuse and was fueling the fire

Rock Creek Park is a big leashless dog park...
most dogs are in control
but not these
maybe there should be a GREEN TAG policy

oh man... my heart rate is still up
I dread seeing this guy in the woods
it makes me awkward
he thinks he has a greater right to the trails than anyone else

telling me I know his schedule and I should avoid him
I offered to try and get our dogs a better introduction so they can behave better around my dog
and his offer was to meet him an hour out of the city
WHAT? he should be working to meet me
it is him and his dogs that are in the wrong
(well... we are both in the legal wrong)

enough on this... stuff to do

this is an ancient post... I am still having issue with this dog walker and that same set of dogs
the dog behavior molded the identity of my dog Didg
he is a good dog... but his submissive nature is in many ways a product of his experiences as a young pup
experiences including but not reserved to this set of dogs bum rushing him as a pup