last weekend Grant I rode to the airport... 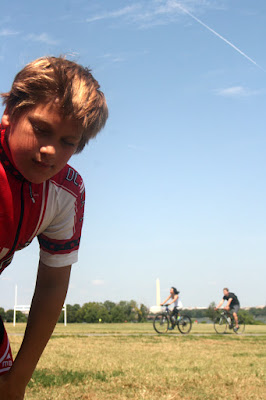 video games are the devil... Grand Theft Auto not hiding its horns
my boys are part of the modern addiction that we call "screen time"
most of their screen time is "dual screen"
video games while watching a show on the laptop streaming Netflix

as a parent... it is tough to handle
need to get a better system
need to set limits
try to understand that this is part of their modern world
yet I need to try and control it

currently we do not have any control over this electronic madness

so... there are times when I just throw a fit and force the boys to do something active

parents can not ask
parents need to tell

last weekend I TOLD Grant that we were going for a bike ride
there was the initial objection
then there was agreement
once suited up... Grant wanted to decide where we would ride

the ride Grant selected was short... too short
Grant is getting older... I need to get him to ride longer
ride longer and more frequently
the frequency is going to be harder to make happen than the duration

I suggested a ride to the airport
bike path there
urban route back
Hains Point was not part of the plan
but Grant suggested... I thought it made perfect sense 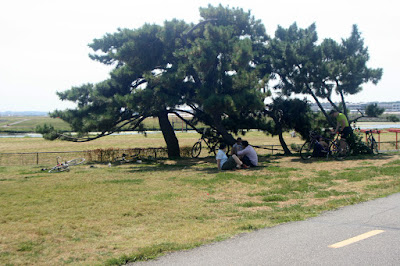 just as I suspected... the airport with the planes landing was a great destination\turn around point
sure... I ride past the airport semi-regularly
but it had been years since Grant and I had ridden bikes there together
Grant was content with his "been there... done that" 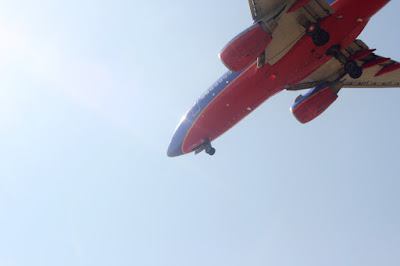 we made it to Hains Point... but I was not able to get Grant to take a lap at Hains Point
luckily I lengthened our bike ride on the way out with a quick detour along the C&O Canal 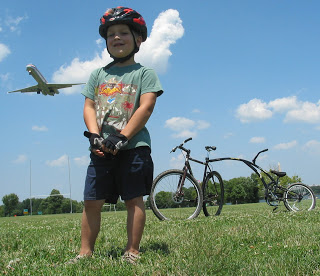 wow... the boys have grown! 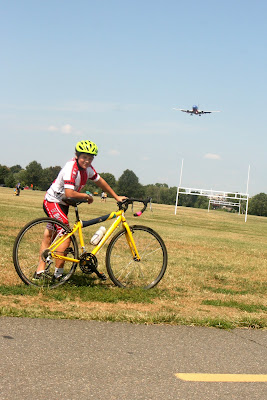