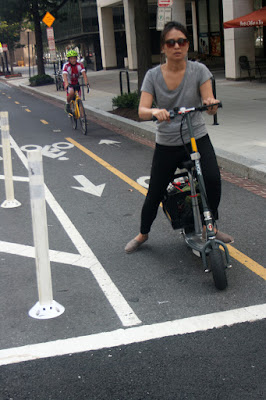 NO MOTORIZED VEHICLES IN THE BIKE LANE
I HATE E BIKES

eBikes are a lame as eCigarettes

this thing...
this motorized scooter is menacing
the competency of this is user contributes to the dangers

motorized vehicles do not beling in the bike lane

it is that simple 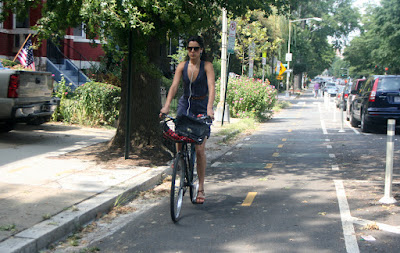 me... I drift in and out of the bike lane 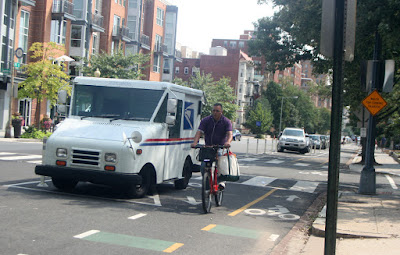