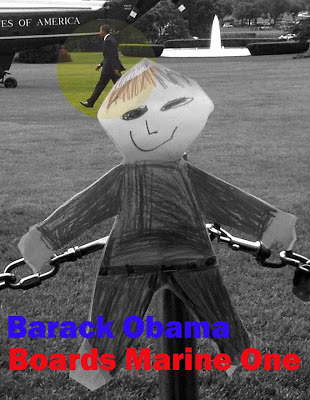 these photos are a few years old

in hindsight... I think the political stance of this family had them less excited by this photo op than other families may have been... this family may have preferred Flat Stanley with Sarah Palin or one of the many Bushes

I think it is super cool...
Flat Stanley with President Obama
thanks Thomas Tillman... I hope you are well in your world
good memories from a work life past

my day is like Night at the Museum... only in the day
and with computers instead of security 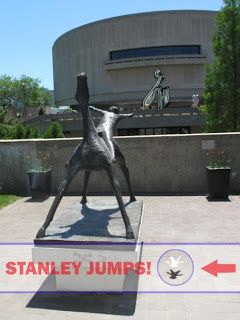 Flat Stanley at the Hirshhorn Museum
this photo was taken years ago!

funny to think... I had to ask the guard if I could rest the paper character on the sculpture
he was kind enough to look the other way
but his hesitancy was not without cause

FLAT STANLEY FELL!
FLAT STANLEY BROKE HIS WRIST AND HIS ANKLE
Flat Stanley would be going back to Pittsburgh wearing two casts
I do not recall the response to my Flat Stanley effort 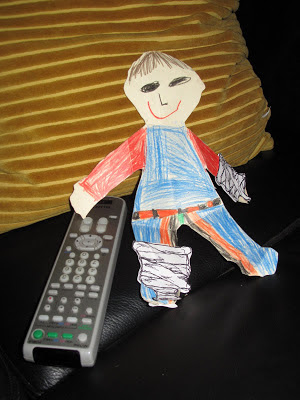