Runners in the Bike Lane? 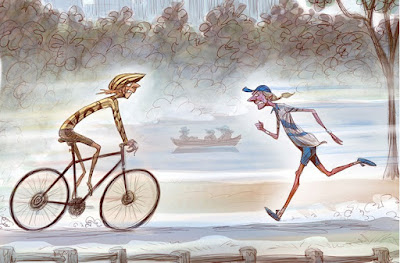 the Washington Post had an article begging the question, "should runners run in the bike lane?"
www.washingtonpost.com

then... there was this article where a cyclist and a runner each give their take on the shared space issue
www.dmagazine.com

although I do not run now... for years I ran and ran quite swiftly
but I am not certain if I ran so self righteously
runner against traffic? that is logic that seems to be shared by a small percentage of runners
sadly.../ no one else got the memo and no one else gets the logic

then this running in the bike lane thing?
well... it is interesting
why?
sure... maybe for a block... but not for the duration of the ride
then also... with some sort of acceptance of the other users of the bike lane

as a cyclist I tend to ride "creatively"
always trying to put myself where I feel most safe
I am not sure of the runner's logic
not sure how running in the bike lane would be a safe spot to run
what is the logic?