Coyotes in Rock Creek Park... I previously doubted this claim...

well.. now I believe
as I have seen what I believe to be a coyote in Rock Creek Park
on the roadside of Military Road near St John's High School
there it was... not a dog... not a cat... not a wolf... but a coyote-like animal

I fear house cats are already thinning out the chipmunks
the house cats that roam free are definitely doing damage to our bird population
not sure of the coyote's hunting capabilities
the historical documents with the roadrunner showed his efforts and intentions to be cunning to say the least... but less than effective 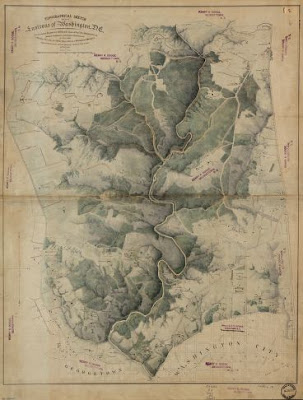