Curbside Treasures... Dumpster Diving Pearls... I can not resist... 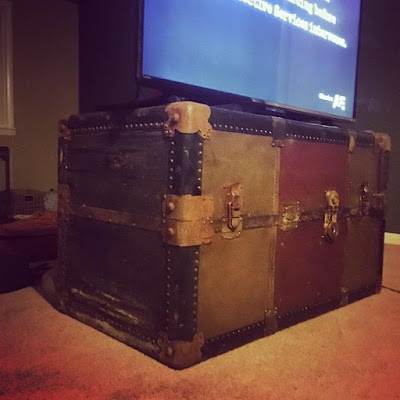 no answer at Mr. Thomas' house... but down the block was this chest
maybe not a chest but a trunk

I left the old box outside disassembled so that it would air out
sprayed it down with Febreeze...
then wiped down the interior with Clorox Wipes
then the exterior with an Armor All car interior spray

once all done...
we lugged the old luggage up into the second floor of my quaint new Quackenbos house
perfect...
just big enough for my new flat screen television 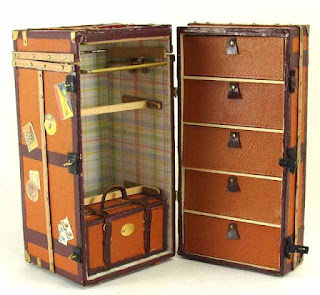