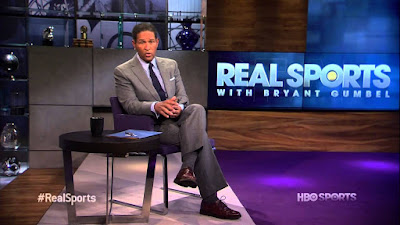 I do not have HBO
I have not seen these entire episodes... but I am intrigued by the topics

BIKE WARS?
I live it... what the trailer shows is my everyday
not every moment of everyday
but my everyday

yesterday... the car that irked me the most was a police car
a number of cars irked me... double parking in the bike lane when there are available spaces just feet away... passing too fast too close... the usual affair
drivers are so uncivilized with their disrespect to those around them
they are disrespectful of other cars... pedestrians... and cyclists... not just cyclists

the police should set a better example instead of setting a bad example
then later that day when driving my kids home from school a cop came at us head on... lights blazing... doubling the speed limit... and running a red light...
lights went off after the cruiser blazed through the intersection
cops

come on... this is not a good moment in police history
why do people hate cops?
most people hate assholes
if cops are assholes... they deserve to be hated
but that is only a subgroup of the Bike War issue
but a positive example much like the neighborhood pace car program

TROPHY NATION
http://www.hbo.com/real-sports-with-bryant-gumbel/episodes/0/220-episode/video/ep-220-trophy-nation-trailer.html?autoplay=true
poor quality... but I get the information
https://www.youtube.com/watch?v=kMR7tYWM7JQ

I am not a fan of the "EVERYBODY WINS" logic
people are seeking the the bi-product of sports
while trying to do away with the core of sports... competition
team work.. self esteem... health and fitness
really... sadly... the objectives are confused

now... I am in agreement that we should abolish this
KIA COMMERCIAL
https://www.youtube.com/watch?v=v-gwjJ_NXKU

but the KIA commercial misses that there are many things to consider in this process
the mismatch
too often the well trained well practiced efficient machine goes up against the team that is picking daisies
well... that team that is undefeated needs to reconsider things
they are in the wrong league
I experienced this in our league
sandbagging at its worse 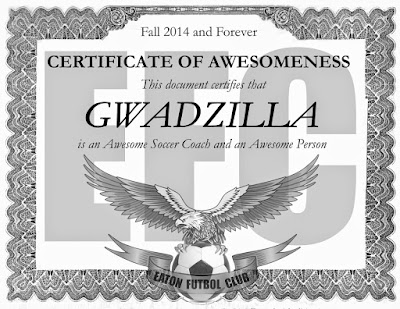 Kia Commerical Gets Positive Response
http://www.theblaze.com/stories/2015/10/12/kias-new-participation-trophy-commercial-that-aired-during-sunday-night-football-gets-standing-ovation-from-internet/
beating up on other teams.. being undefeated in a "just for fun league"
there are different leagues
I wish I had coached in a different league rather than being frustrated with the one that our school team that I coached played in 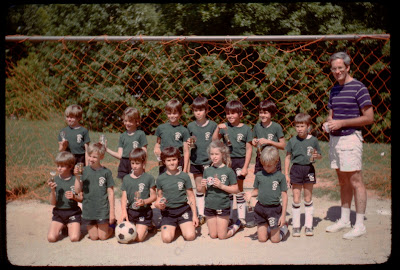 Mr. Flannery pushed us hard... he was patient... but firm
we ran... we TRAINED... on game day we played to WIN
winning felt good... losing hurt
that is the way it should be