Throwback Thursday... not all memories are good memories... that is okay... just need to remember when I am doing things in the future that my actions have repercussions

props to my sister Marya for scanning these old slides
there are so many stories to tell...

not sure what the stories are
but certainly... these images bring up some memories 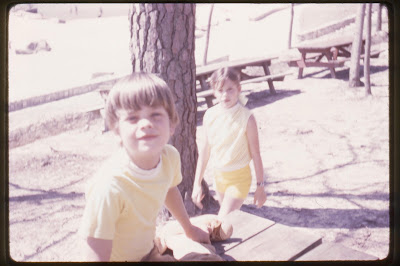 hmmmm.... who is the girl in the matching yellow outfit?
I do not know
in fact... I do not recall this specific moment
my guess... Stone Mountain Georgia at Stone Mountain proper 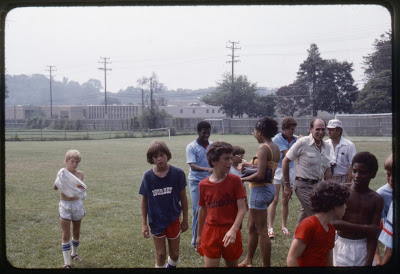 another image that brings up memories
yet I can not recall the specifics of that day either
Lourdes shirt... not matching anyone else's shirt selection
do not recall any of the parents or kids
maybe tryouts for another team 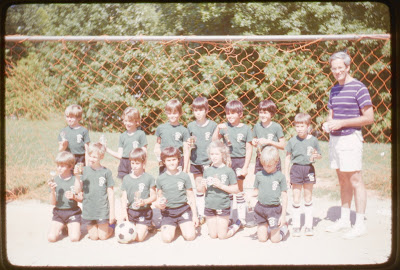 early soccer photo...
MSI
this was before Mr. Flannery started the Bethesda Boys Club team that is now Bethesda Soccer
yes.,. I was on one of the first incarnations of the powerhouse that is Bethesda Soccer
my nephews Eric and Conrad are each stand out soccer players
both playing for Bethesda Soccer 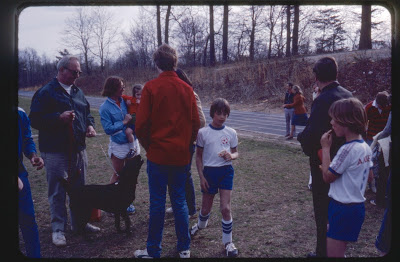 that looks like the "Sunday Jersey"
different jerseys for Saturday and Sunday games
name on the back of the jersey
Mr. Flannery was cool... his wife Judy Flannery was also awesome

Mrs Flannery or Judy as her peers may have called her
Judy became a late life athlete... Master's Triathlete Champion
http://gwadzilla.blogspot.com/search?q=judy
Judy Flannery's life was cut short in a car\bicycle "accident"
you know how I feel about the label of accident
this was no accident

the death of Judy Flannery was a tragedy that involved irresponsible anti-bike behavior
Judy
http://gwadzilla.blogspot.com/search?q=accident 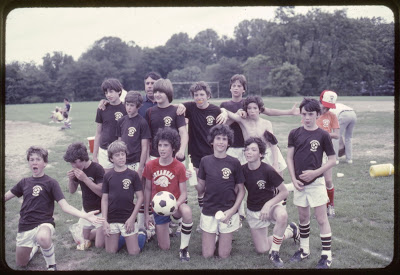 ah... Nolan
years into my select soccer career I asked my dad if I could go back to "rec soccer"
wanted more playing time
wanted to be center half rather than left fullback

if you look closely you can see my black eye 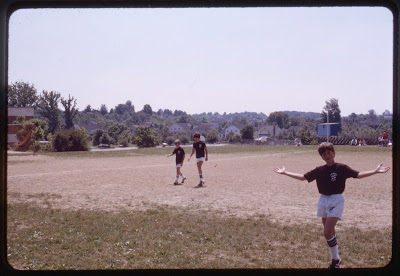 a wonderful walk for me down memory lane
thanks Marya... thanks for scanning those images
http://gwadzilla.blogspot.com/search?q=flannery