ah... not a long holiday weekend... but a good weekend just the same 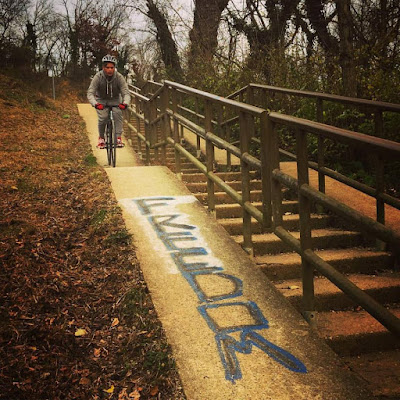 this week is my week with the boys...

so... as the weekend approached I had no hard plans for the boys
whatever I would try to script would have to happen around their plans

what were the boys' scheduled activities for the weekend?

Dean escaped me by sleeping over at a friend's house on Friday night
then going to rowing with that friend... then roaming all day with his Wilson rowing buddies
this left Grant and I fairly free to do as we chose

well... depending on Grant's mood and my ability to guide him in the direction I want to go
no matter what... I was determined to get him out of the house and off the "screen"

Saturday morning came and we both slept late
made coffee and poked my head in on Grant... he was in deep sleep
I walked the dog without Grant and allowed him to sleep more
once back from walking the dog I cleaned up around the house and drank more coffee
I shook Grant... he was slow to wake up

Friday the boys did not have school...
I had given each of them 20 bucks so they could each go ice skating
they were supposed to go skating independent of each other
those plans fell through... neither boy went ice skating
so.. Saturday skate session became our top option

to my surprise... Grant met the ice skating option positively

Grant was fine with skating with me...
we discussed rink options
settled in on Fort Dupont
then rushed over there to get just about an hour on the ice

ah... nice
early December and already on the ice
Grant's skate game is getting better
he may surpass his old man's Frankenstein skate style this year
hockey stop will soon be part of his routine

Fort Dupont Ice Rink was not too crowded... which makes things more fun
hate looping the oval stuck in a cattle call 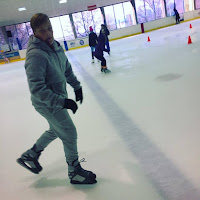 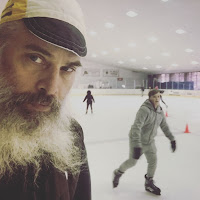 we gathered for Chinese carryout
then closed out the day by watching the Jungle Book
WOW!
CGI has hit a new level of seamlessness 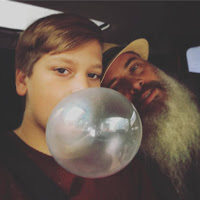 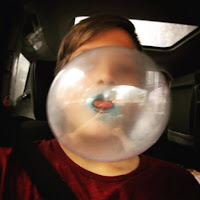 Grant had been determined to go to buy a new skateboard at Palace Five
we had discussed this trip the day prior
I felt that his trip could fall nicely into my plan
yes... FAMILY BIKE RIDE!

Grant half fought me on... but gave in quickly
as he knew that he wanted to get that skateboard and this was the only way I would allow it to happen
Dean... well Dean had a strong arguement for bailing on the family bike ride
HOMEWORK!
Dean claimed the needed to do home work... I did not doubt that he had homework to do... but I agreed that there was studying to do

Dean got a little parental pep talk
"don't get distracted... finish your texting... then put your phone on Do Not Disturb"
"really... watching Netflix while doing homework... focus... focus on the homework"
"slow down your handwriting... you can't even read your hand writing... your handwriting can get better if you slow it down and try to improve it"
then lastly...
"you are in your second year of high school... grades are going to decide where you go to college... the better your grades the better the schools... and more ability for you to choose where you go... so... nothing less than a B"

and Grant and I were out the door
well.... after I got the bikes together
air in the tires... lube on the chain... locks... helmets... gloves
then out the door 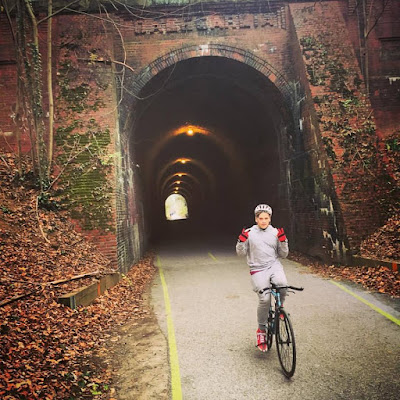 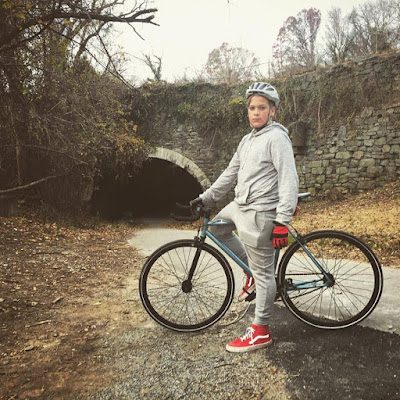 at the skate shop I let Grant do most of the talking...
chimed in a little bit... but really... I wanted to avoid getting too involved
7.5
Grant settled in on a pre-assembled board... then swapped out the wheels
I was pleased that Federal next door had a pair of flannel lined jeans in roughly my size marked down to 20 bucks
YE HA! I asked for them... they had them... they pretty much fit... THEY WERE ON SALE!

we got back on the bikes and pointed for Georgetown
carrot number two... lunch

Grant chose Moby Dick
a good choice...
but again... allowing Grant to choose makes this day as much about him as me
not just a forced march\force ride

the ride from Georgetown to home was the longest leg of the ride
Grant suggested ice skating in Georgetown
but I did not feel that he would have the energy to pedal home after more time on the ice
which turned out to be a good decision
had we skated... we would have lost light and the temperatures would have dropped

it was a good ride
the mismatch of bikes was a decent match
Grant's Felt Urban Single Speed is geared such that it moves faster than my Niner Single Speed mountain bike
so I over spun my bike to keep up... while Grant got to take it easy as so not to pull ahead

no rest for the wicked
when I got home everybody was hungry
so I cooked up some pasta for dinner
we ate... hung out... Grant started decorating for Christmas by unpacking the Nut Crackers
Dean continued on his homework

then ended the day by walking the dog alone... again 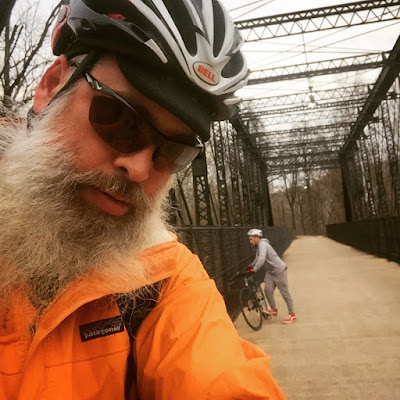