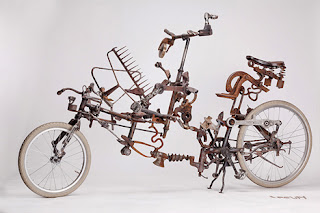 Mechanics Petition Walmart to Stop Selling Junk Bikes!
mechanics-ask-walmart-major-bike-manufacturers-to-stop-making-and-selling-built-to-fail-bikes
well... this is an interesting notion
years and years ago I worked at a bicycle shop
Big Wheel Bikes at Eastern Market
this was Washington DC at a very different time
Eastern Market was not at all the place it is today
there was no Harris Teeter
not sure if there were any coffee shops
there was commerce... there were shops
but it was not as clean, nice, or as safe
during that time... we got MANY box store bikes in for repairs
IT WAS TRAGIC
I asked the owner of Bike Wheel Bikes\Mike Sendar if we could refuse these repairs
Sendar gave me a HARD NO!
((Mike Sendar also felt I had an issue trying to sell the Iron Horse Bikes... who has ever heard of Iron Horse? and some of these bikes had immediate failure with the low end YST Bottom Brackets))
so often a department store bicycle would be dropped off for a tune up and some repairs
but in the end
if the Box Store Bike gets a tune up and a tire replacement
well... the repair cost could easily exceed the cost of that bicycle
and in so many cases
that bicycle was a "best possible" repair
the wheels could not always be trued to be straight
just got it to "best possible"
and well...
the brakes could be adjusted, but would they really stop the bicycle?
and then... after all this
so often
that bicycle would not be picked up once the repairs were done
so... there would be times when I would meet a "REP" from Schwinn or Mongoose I would ask them about why they put their name on Bike Shop Bikes and Box Store Bikes
they had no issue with it
I felt it was misleading
the person thinks that the Box Store Bike is as good as the Bike Store Bike
which it is not...
then I asked...
WHY NOT MAKE A SIMPLE BIKE FOR THE BOX STORE?
avoid trying to make a full suspension bike that has suspension that is just extra weight and no real use
???
to me...
it makes sense for the Box Store Bikes to make the Beach Cruisers and Single Speeds
remove the geared bikes
ABOLISH the FULL SUSPENSION BIKES
make simple bikes
less to break
and
less weight
there could be a great Box Store Bike Market
but who is handling this design
is the shopper looking for a Full Suspension Bike in the Box Store?
a basic front suspension fork will cost significantly more than this complete bike
so... HOW COULD THIS BOX STORE BIKE MATCH THE BIKE STORE BIKE?
remove the complexity
make things simple and clean
less to break
less weight to carry around
funny... so often the box store bikes are being pedaled around town in the wrong gear
REMOVE THE GRANNY GEAR!
ON BY!
Single Chain Ring in the Front
and
WHY IS THERE NO THREE SPEED IN THE BOX STORE? 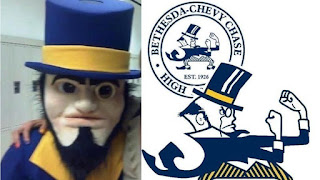