someone made a comment about seeing a cyclist "blow through a red light in a MyBikeLaw jersey"
MyBikeLaw on FACEBOOK
https://www.facebook.com/bikelaw

it is an odd thing... the notion that a cyclist must obey the LETTER OF THE LAW
the lights are not timed for bikes 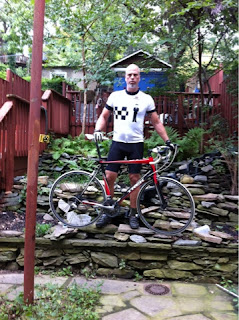 for a cyclist to stop at the stop sign even when no cars are coming? really?

in our transportation whether on bike, on foot, or in a car there are accepted parameters for "breaking the law"

I ride my bike nearly every day... when obeying the law I doubt that the cars around me think, "hey, look at that great biker doing the right thing"
no... they feel what they feel
if it is distain... they feel it.. whether I am breaking the law or not 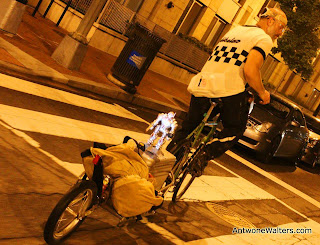 I rolled through a 4 Way Stop Sign in a residential neighborhood as was yelled at by a car driver who was a block away when I passed through
when I glanced back.. he was past the stop line and blocking the cross walk... in effect... he had rolled through the stop sign... and more than likely would not have stopped if it were not to yell at me

my thought...
I was approaching a four way intersection
there were no cars, bikes, or pedestrians there
It would be my turn next
so... I went through 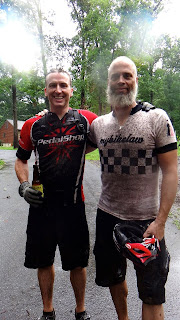 when I make a complete stop at a stop sign... car drivers do not give me my rightful turn

(but really, cars do not give me my rightful turn when in my car)

I get it...
the bicycle's full compliance with the law is not as important as riding defensively and putting yourself where you are most safe
which may often mean not obeying the law

I know... here in Washington DC
if I were to go for an hour ride and obey the law
and not avoid the dangers
I would not survive that hour ride

enough on this
this rant is better suited by my not so text rich Bicycle Blog from DC
photos of DC Cycling Culture here
http://gwadzilla.blogspot.com/