a nice message from Mr Rogers... 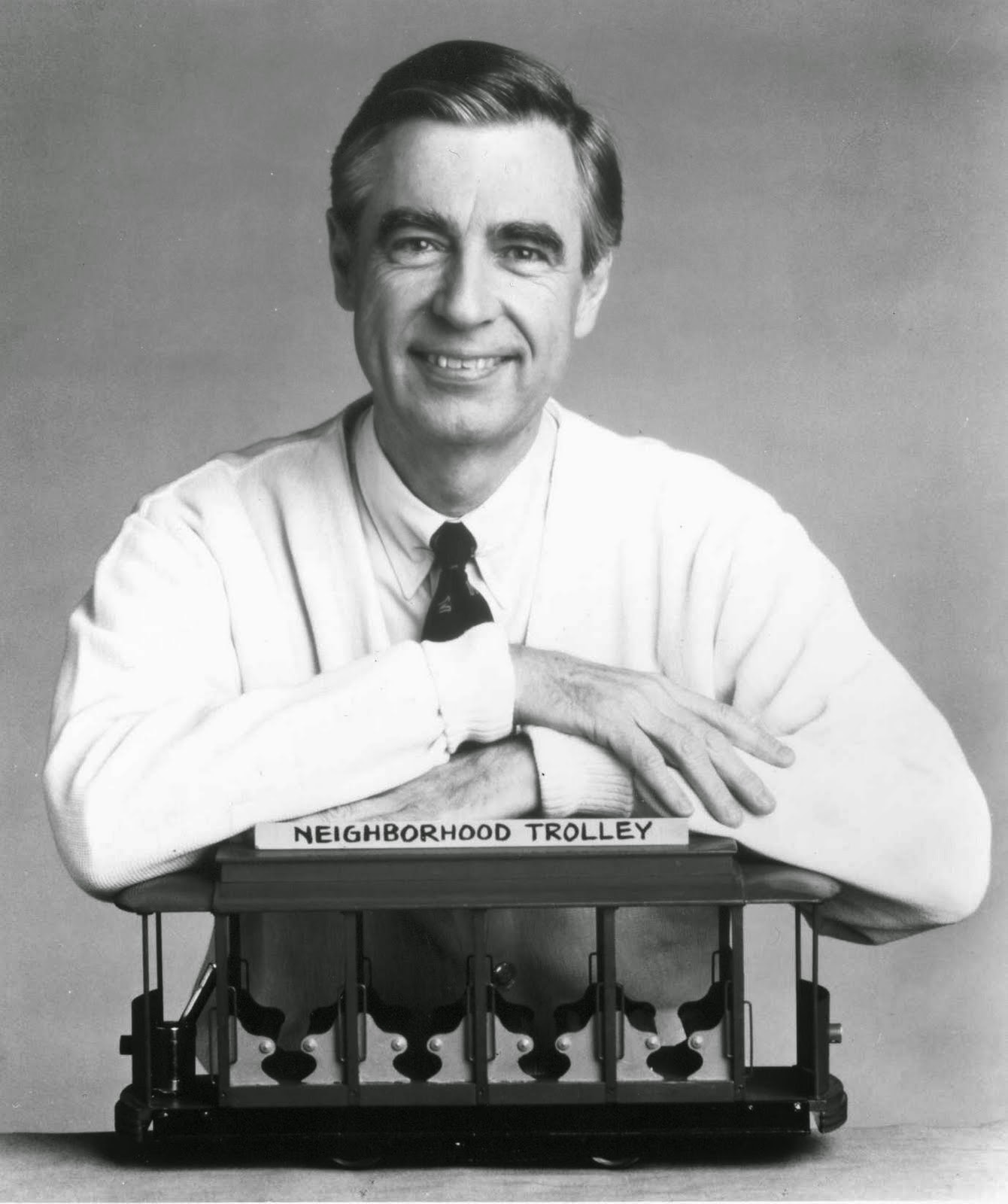 Mr Rogers...
if I could learn one thing from Mr. Rogers
that thing should be to hang my stuff up and put my stuff away when I enter the house
that would make my life so much more easy

and now
that nice message from Mr. Rogers
www.pbs.org 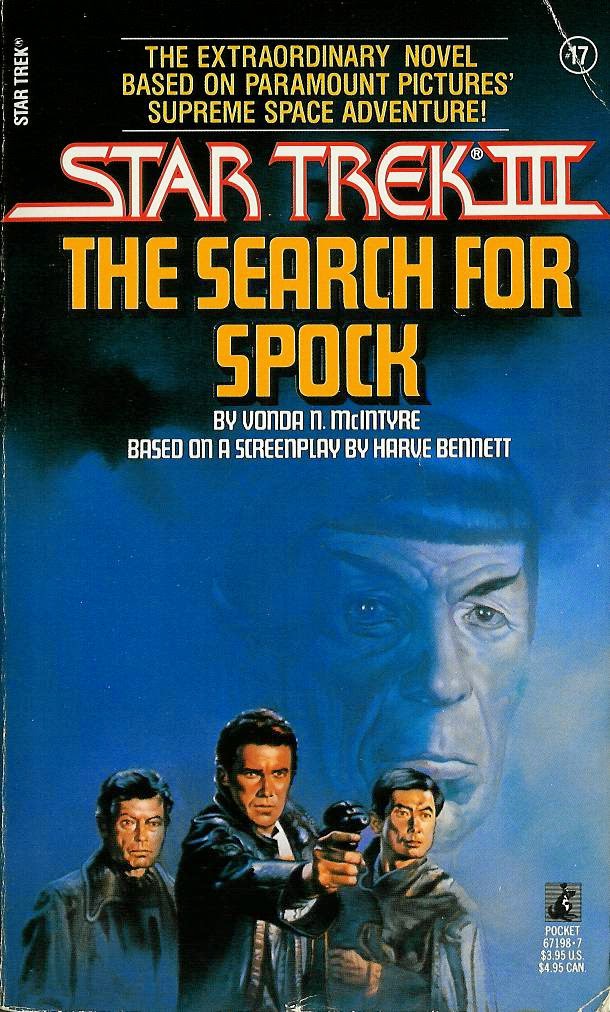 Star Trek was a big part of pop culture in the world I grew up in
favorite episodes?
I LOVED THEM ALL!
maybe "a piece of the action"
"trouble with tribbles"
"TRANYA!"
http://io9.com/the-top-100-star-trek-episodes-of-all-time-1641565699

Bicycle Art... what to give that special cycling someone who has everything... 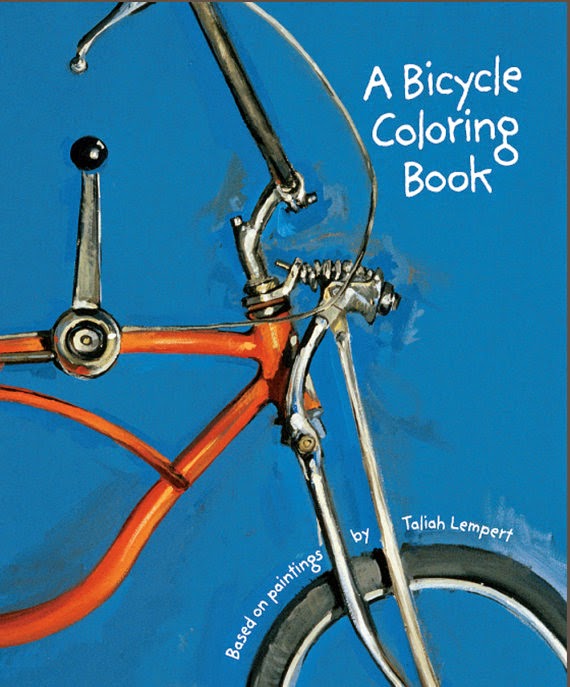 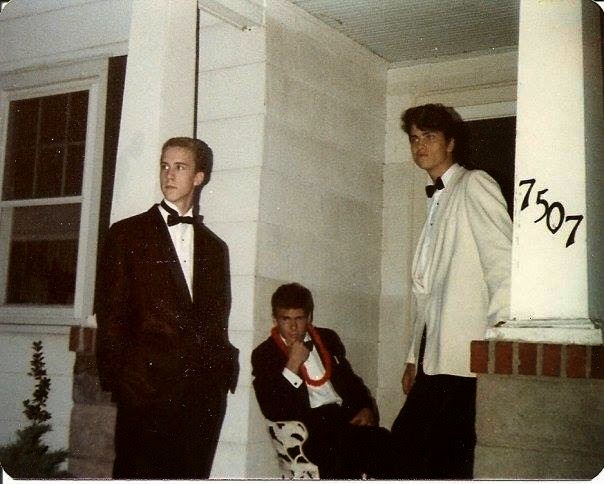 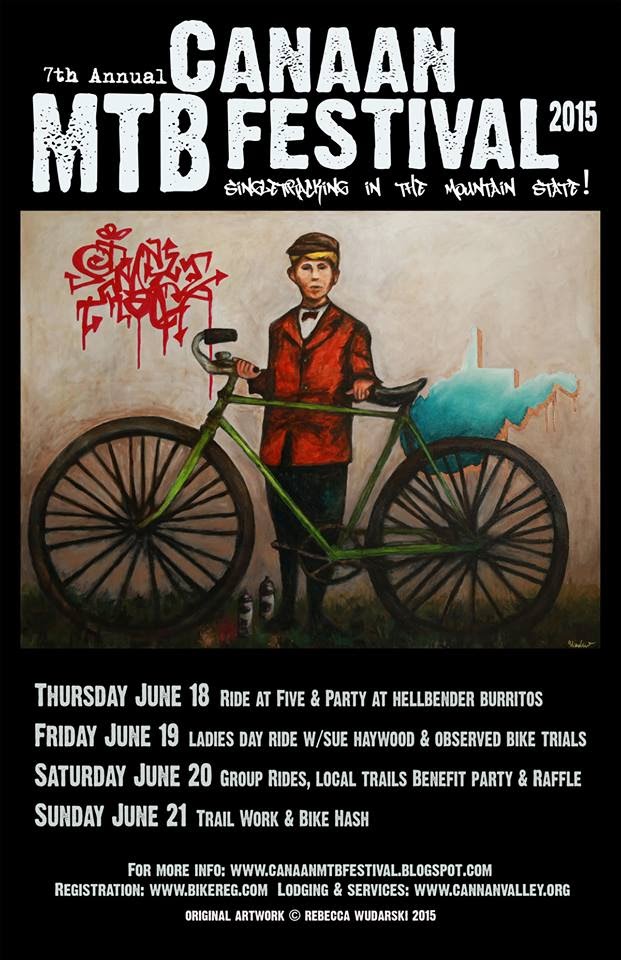 if you build it... they will come... sometimes it takes the people to take the first step 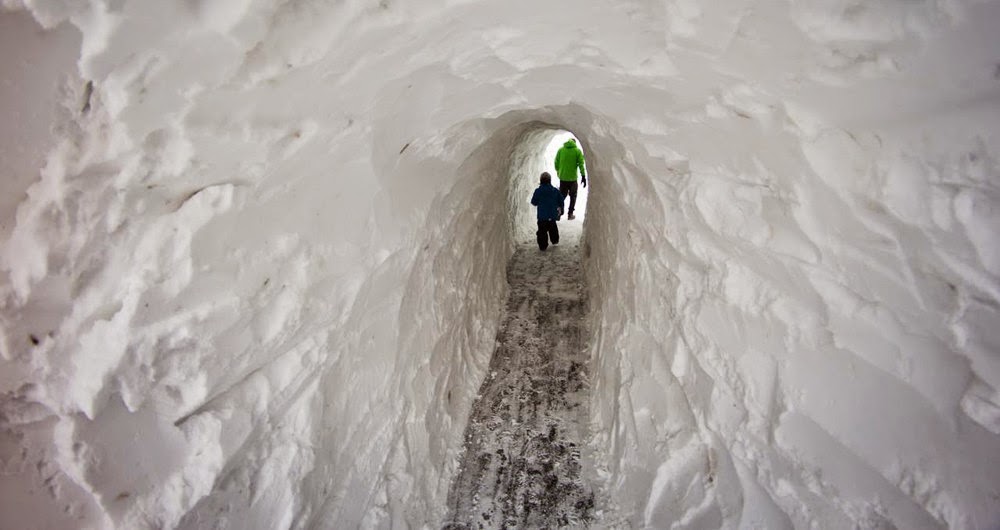 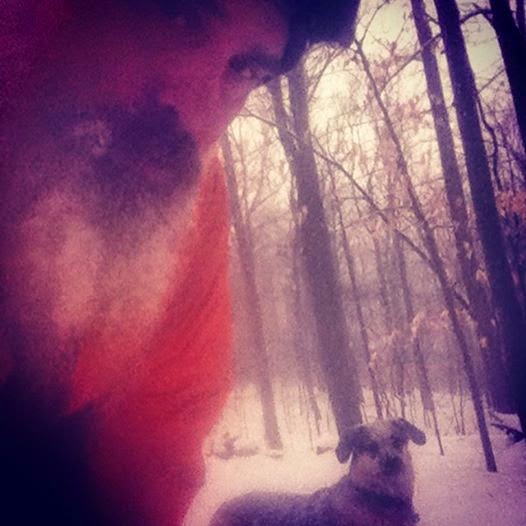 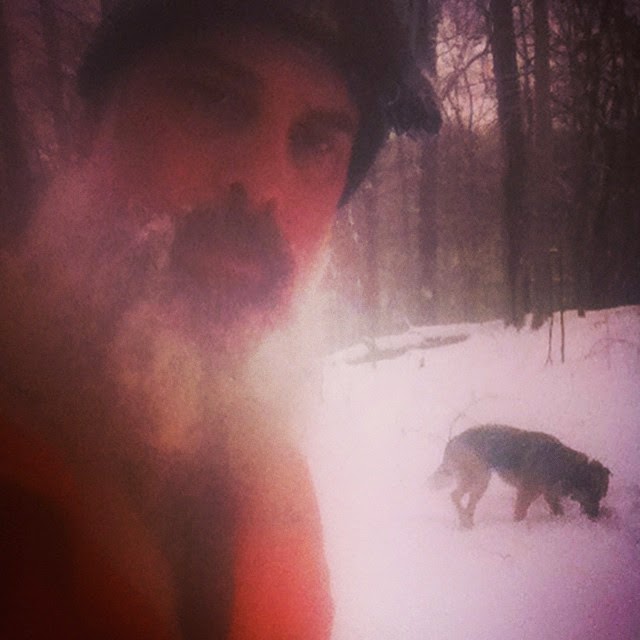 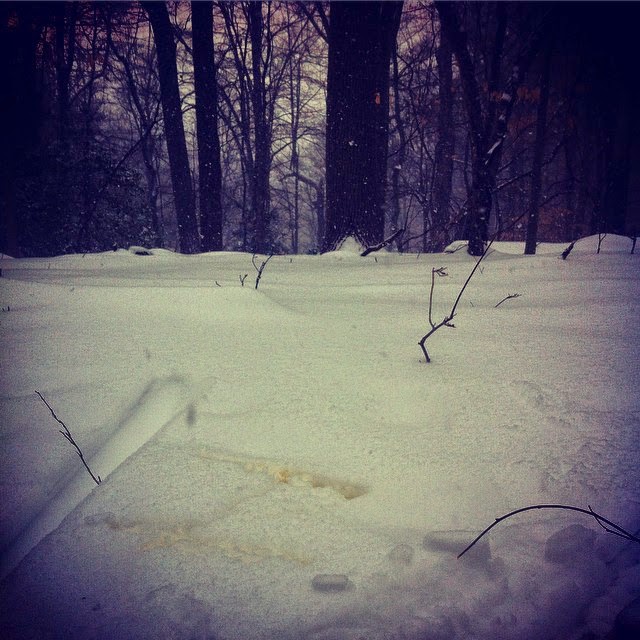 a my brother Marc beg 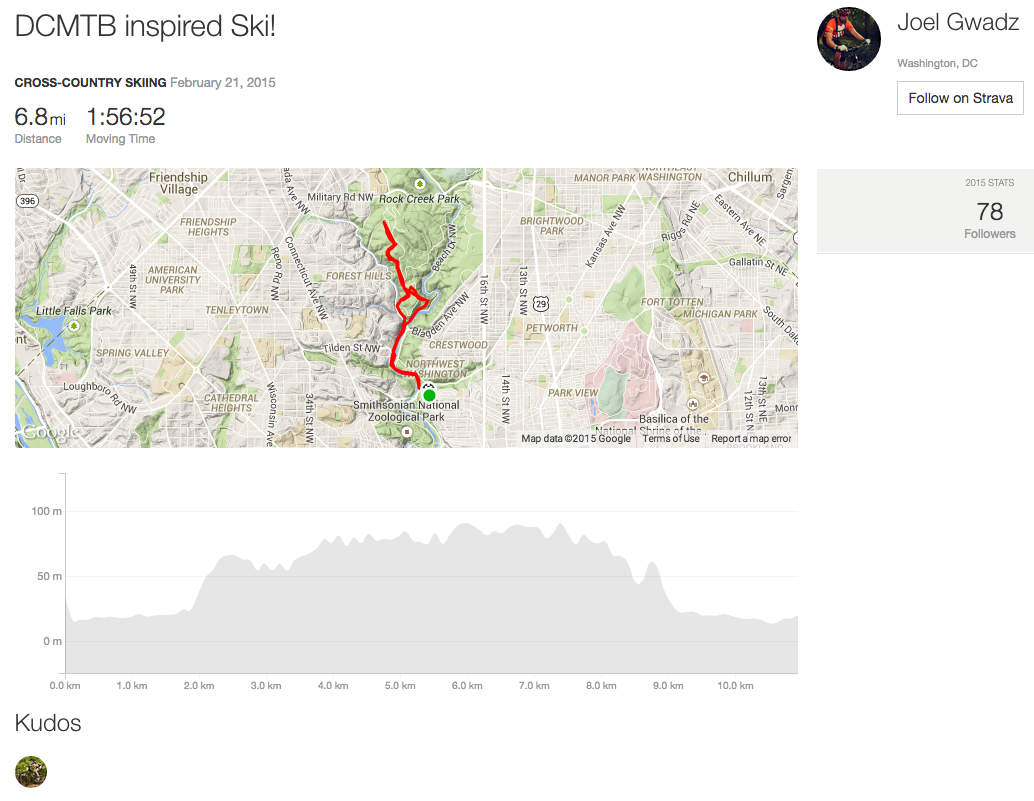 Gwadzilla Strava for his XC Ski in RCP
http://www.strava.com/activities/258064093#kudos 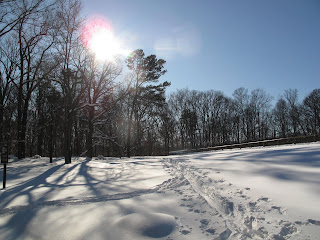 actually... here in Washington DC there is very little ETIQUETTE
which goes to figure why there is so little SNOW ETIQUETTE
http://en.wikipedia.org/wiki/Etiquette 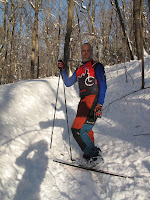 yes... there is snow etiquette
I am not sure if I know the correct snow etiquette...
I am trying to sort out the snow etiquette
people should try to understand that there must be some sort of etiquette that pertains to snow

in the Washington DC Metropolitan Area we are thin on both etiquette and snow so the notion that people would behave under an unwritten code of rules that pertains to snow is unlikely
it may be asking too much
this is the land of the self important
this is an area where civil behavior is far from the norm
so it is unlikely that we would see sensible behavior that benefits the masses rather than the individual... especially when in the situation of a great snowfall like this
something that happens so rarely

but this is not the Northeast... this is the Mid-Atlantic
worse than that... more specifically
this is Washington DC! 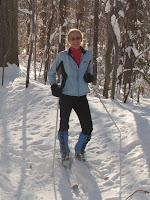 over the past many days during SNOW-POCALYPSE 2010 I have been able to duck away from the family and into the woods for a quick ski
the conditions have been mixed... snow at its best... but the mixing of cultures has of course has had a clashthe shared trails do not have a shared vision

IT TAKES MANY CROSS COUNTRY SKIERS TO BEAT DOWN THE SKI TRACK
WHILE IT ONLY TAKES ONE ASSHOLE HIKER TO POST HOLE THAT TRACK AND RUIN IT FOR EVERYONE
I understand... these are shared trails... I understand
I understand...
the hiker does not want to break trail in the deep snow
but even that lone horse took the beaten path created by the set of cross country skiies
I understand... yet I think there could be some sort of unspoken agreement 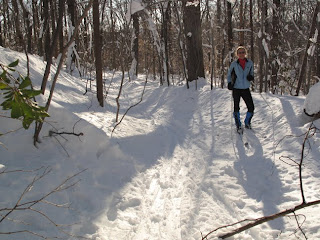 the foot steps create post holes that disrupt the effort for the skies to slide
it makes it more work and it makes it less fun
it also makes the effort to use proper form more difficult... if not impossible

what is to be done?
should each skier try to express this to each passing walker or snowshoer?

I did a loop where I broke trail... then when I went to backtrack on my own tracks... there was a set of hikers stomping where I had worked so hard
where they wrong in their actions? well... no... but it still sucked 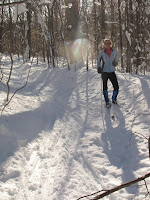 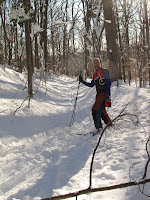 with people existing in this fashion... why would we think that there would be etiquette... much less snow etiquette

which has me stopping before broaching the question... What right does someone have to the parking space that they dug out after they drove off?

Is it fair for a person to put safety cones or chairs to reserve a parking space?

what is fair?
what is the snow etiquette to this issue of the ownership/possession over a parking space because that person dig all the work to dig it clear?
Posted by gwadzilla at 2/10/2010

danaceau said...
The breach of etiquette that annoyed me the most: X-C skiing in a park with a No Dog rule. I don't care that people sneak in to walk their dogs. I DID care that they did not clean up when the dogs pooped directly on the ski tracks!
2/10/2010

Newer PostOlder PostHome
Posted by gwadzilla at 2/22/2015 No comments:

Lance's bike in one of the "collections" rooms... not yet on display 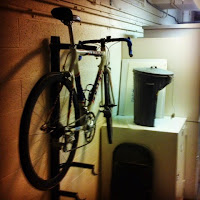 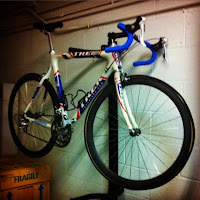 Night at the Museum... only in the day

the other day when working on a machine in one of the back offices at the National Museum of American History I saw this bike hanging on the wall
it seemed obvious... it was either someone's high end commuter or it was Lance Armstrong's bike from the Tour de France

sure enough... it is Lance's bike
not currently displayed
I think they are waiting for Mark McQuires bat and Rosie Ruiz's running shoes 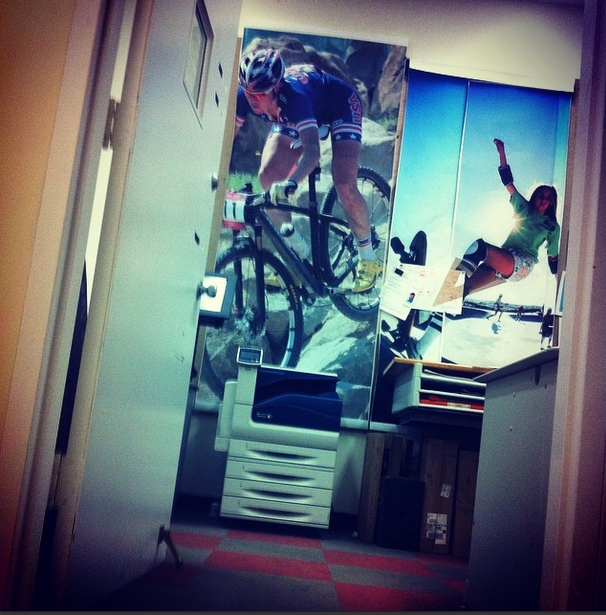 Bike Coop... the Mount Pleasant Bike Coop and then a Polar Bear and Frosty the Snowman 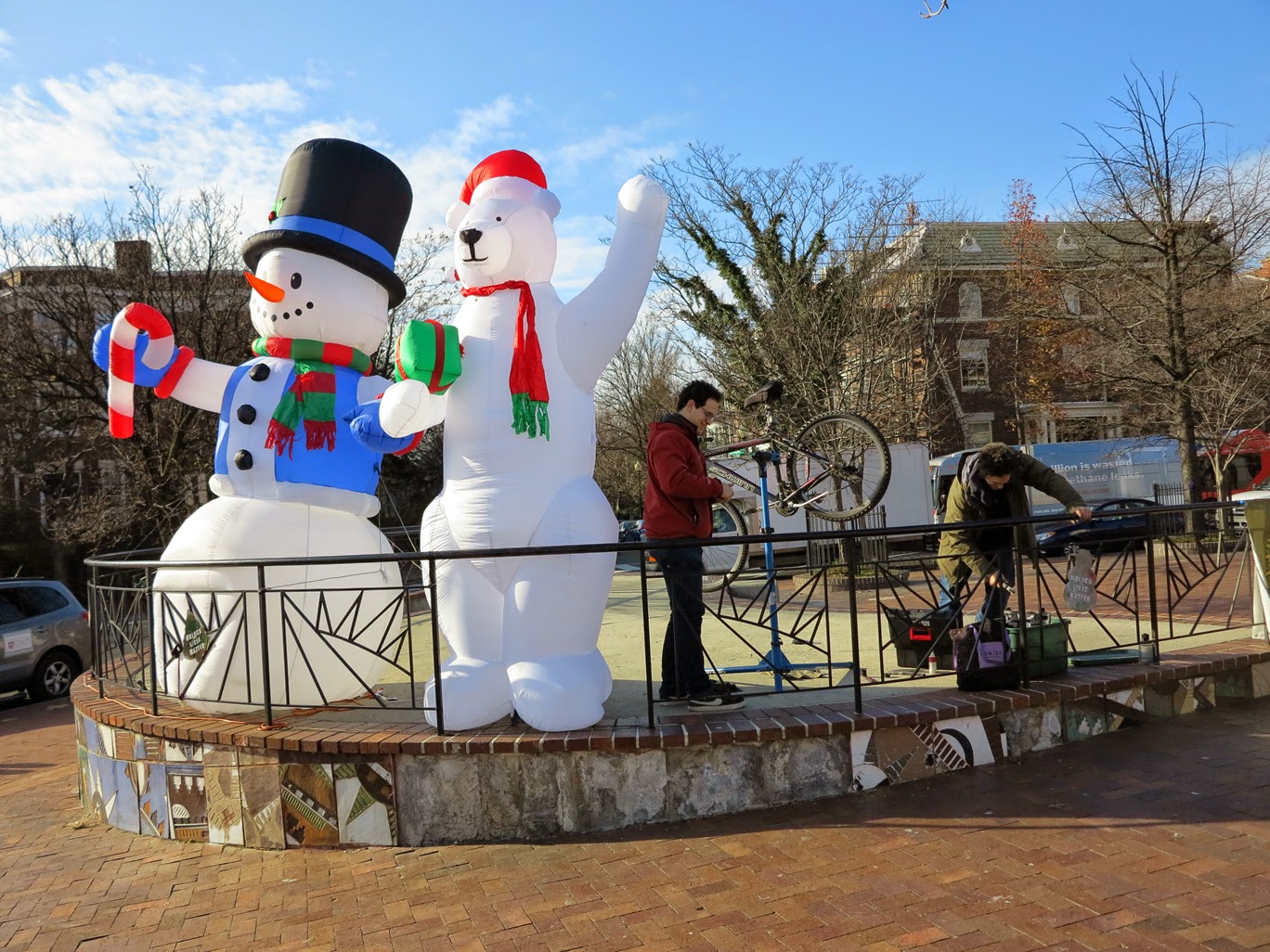 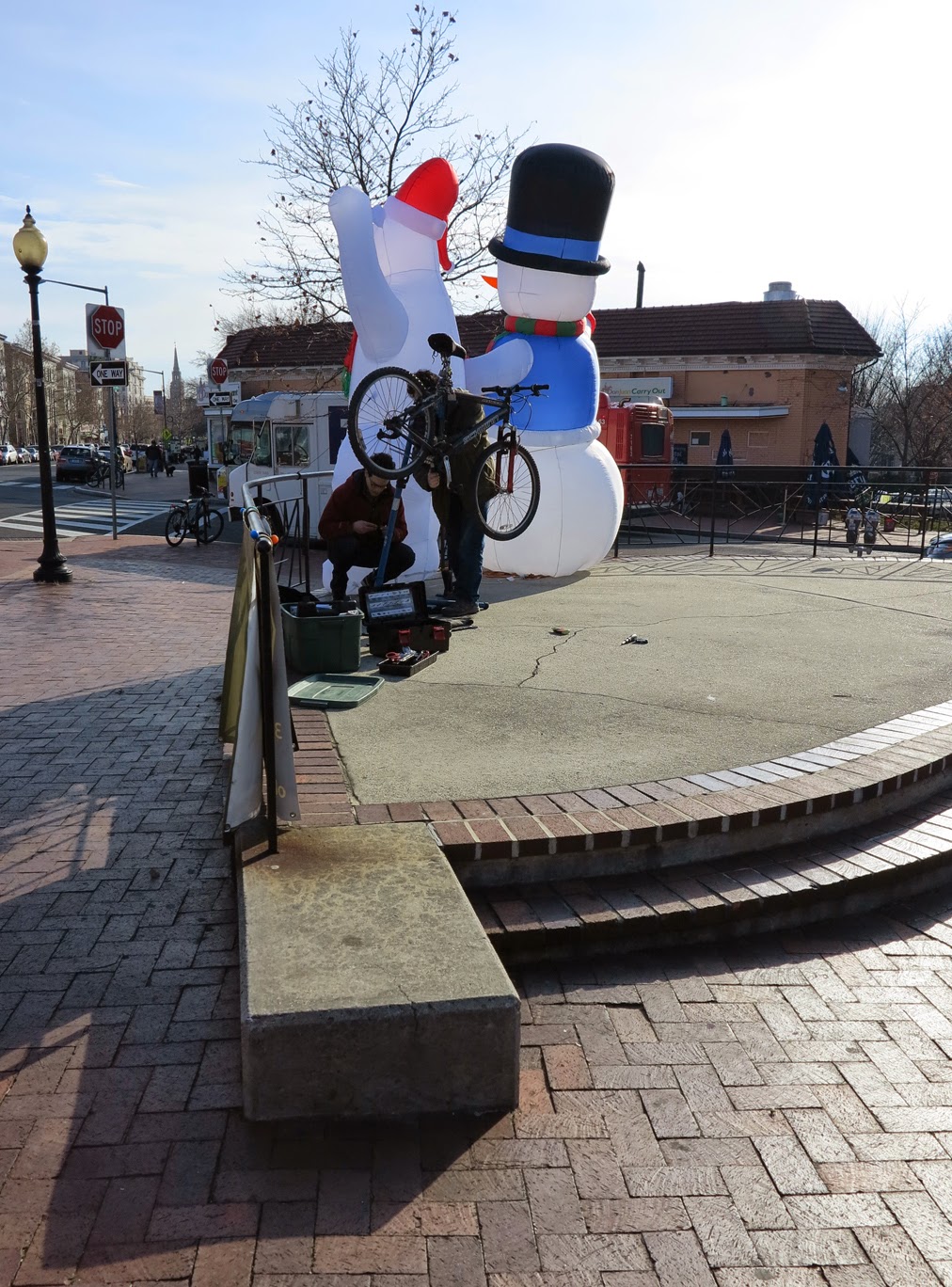 Ian Svenonius For 'Daily Show' Host
“The Daily Show with Ian Svenonius. Glad we solved that problem. #spiv #thiswouldbeverygoodTV”
TWITTER.COM|BY JACK ON FIRE
Posted by gwadzilla at 2/12/2015 No comments:

the Salad Days documentary spoke about the music... the Positive Force documentary talked about the activism... I think some people are waiting for a movie to tell the stories about "the scene" 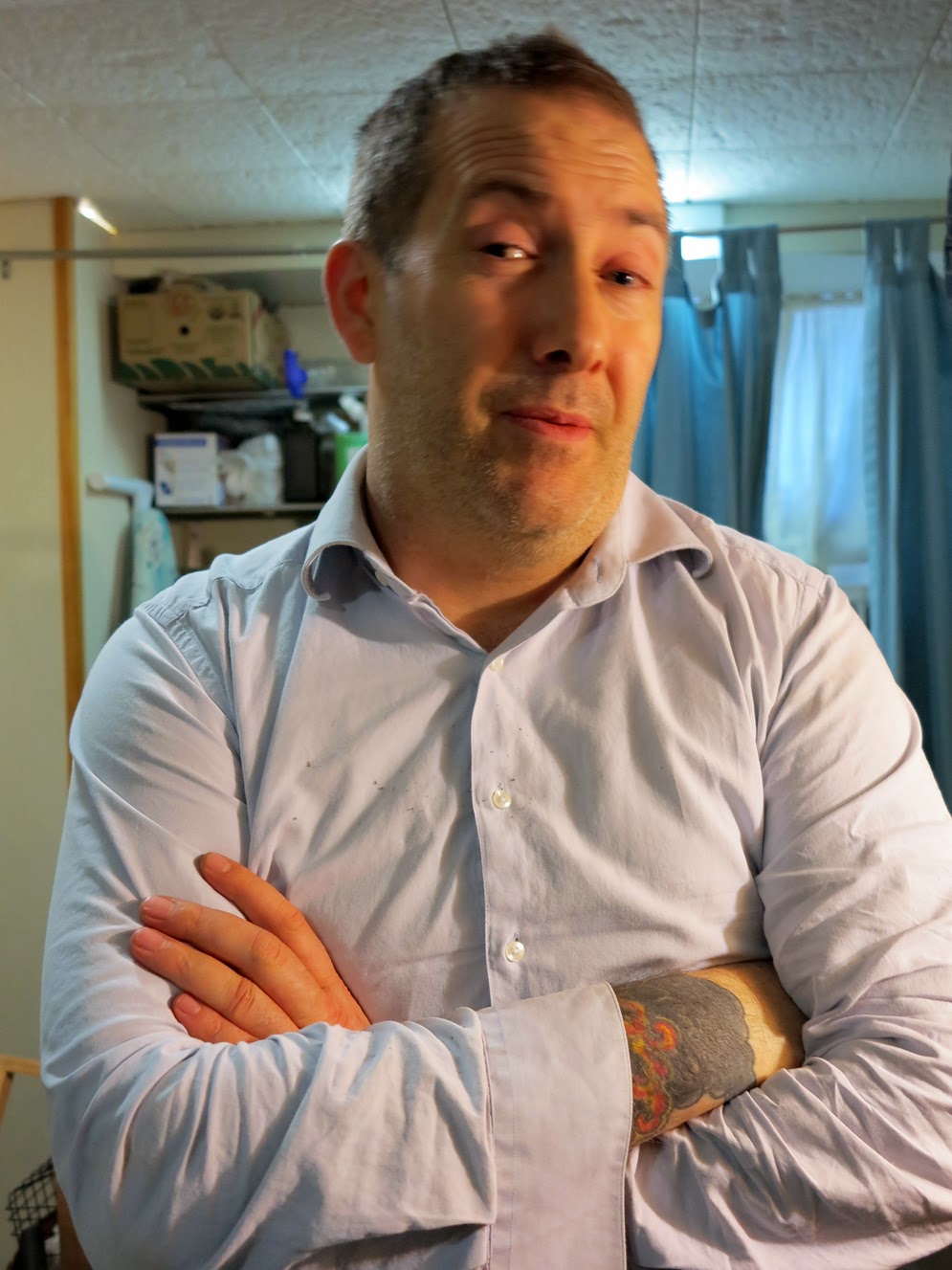 Steve would be an interesting topic for discussion when talking about the DC Punk scene and its members
there is legend... there is lore

Steve is a complicated character 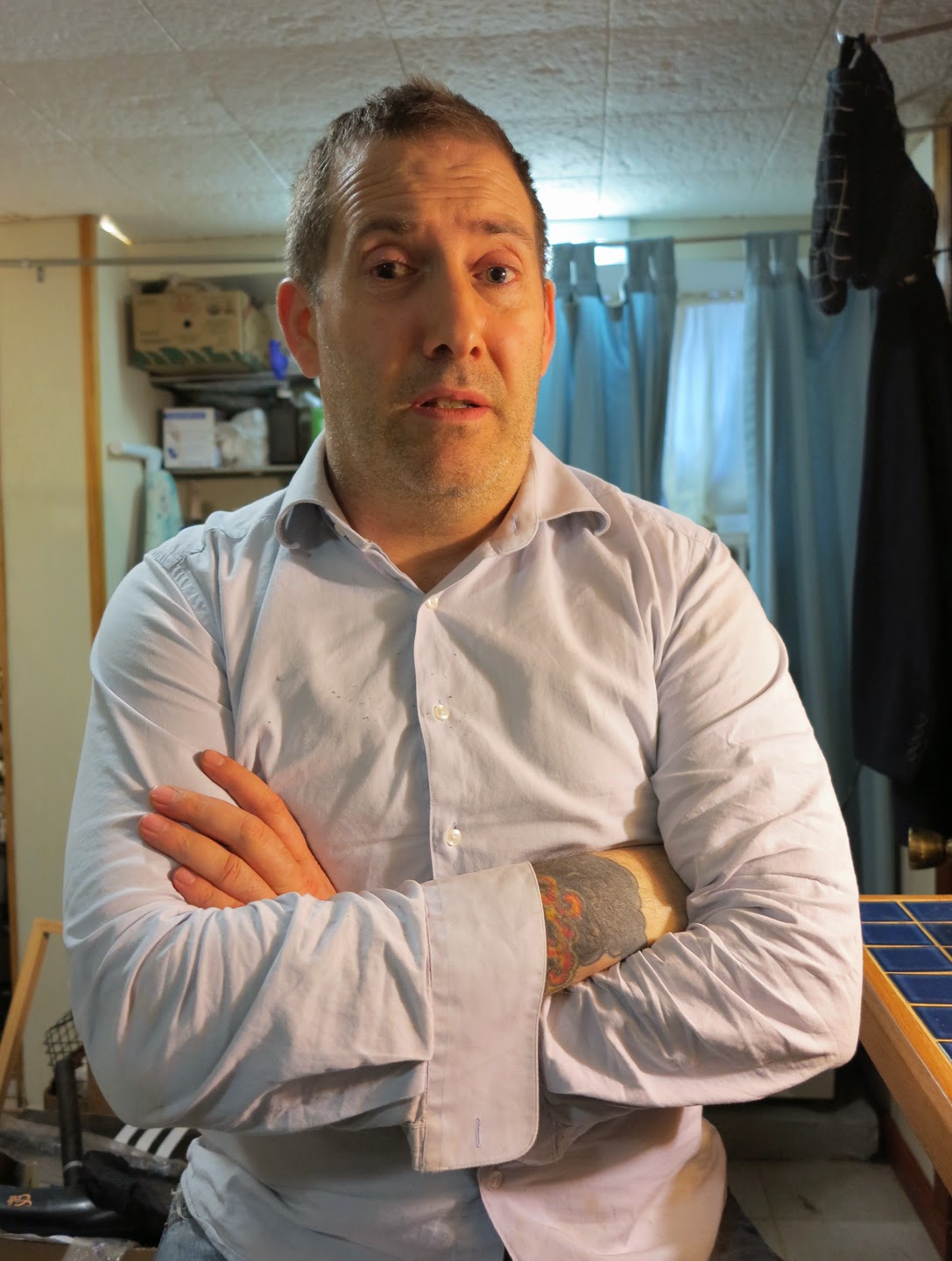 there was more to the scene than the bands
in fact... for so many people it was as much about the scene as it was about the music
it was not just a music scene
it was a cultural scene

what is this book?
Rich Boy Cries for Momma

I have not read this book... but I am to think it is telling stories of this era
my guess... Steve may have been a part of the action discussed in this book
and of course... names have been changed to protect the innocent and the not so innocent

Trailer for the book Rich Boy Cries for Momma
www.youtube.com
and the Facebook Page
https://www.facebook.com/RichBoyCriesForMommaBook
then Pintrest
https://www.pinterest.com/ethanminsker/rich-boy-cries-momma-books/

Steve is a good guy... we have been friends for decades
in my teen years... I will admit.. I was more happy to be on his good side than his bad
but over time we have grown to develop a lasting friendship
we have always had a peaceful relationship with mutual respect

hanging out... riding bikes... going to punk shows... chilling at parties...
an assortment of encounters over the years
yes... Steve was a DC bicycle messenger
which fulfills mention of Steve on this "bicycle blog" 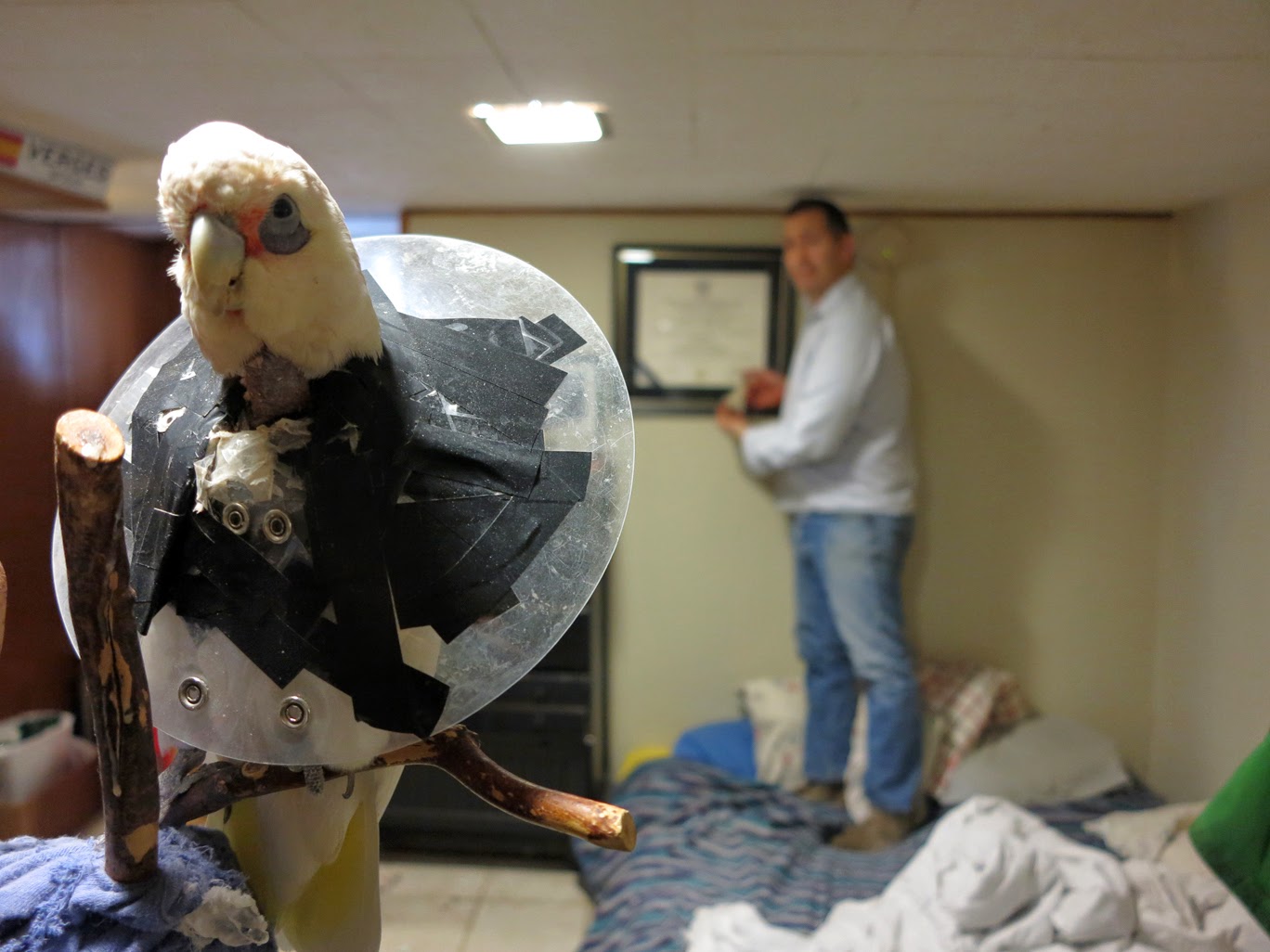 the path of Steve's life has been an interesting one
unlike so many of the kids in the DC punk\hardcore scene
Steve was not from the upper middle class surrounding suburbs
Steve's youth... well.. I do not know the story of Steve's youth
but I do know that Steve's youth was "colorful"
whatever colorful means 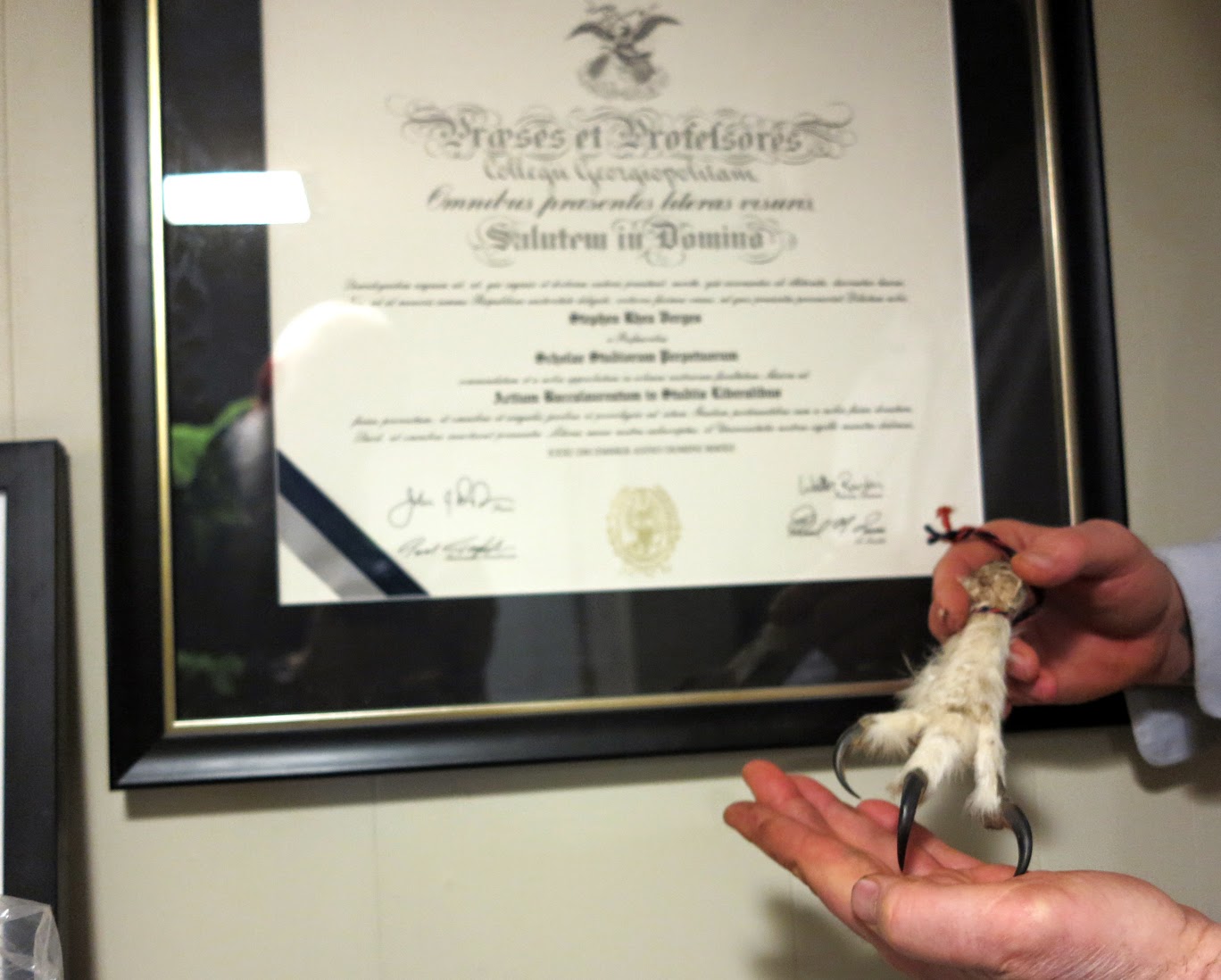 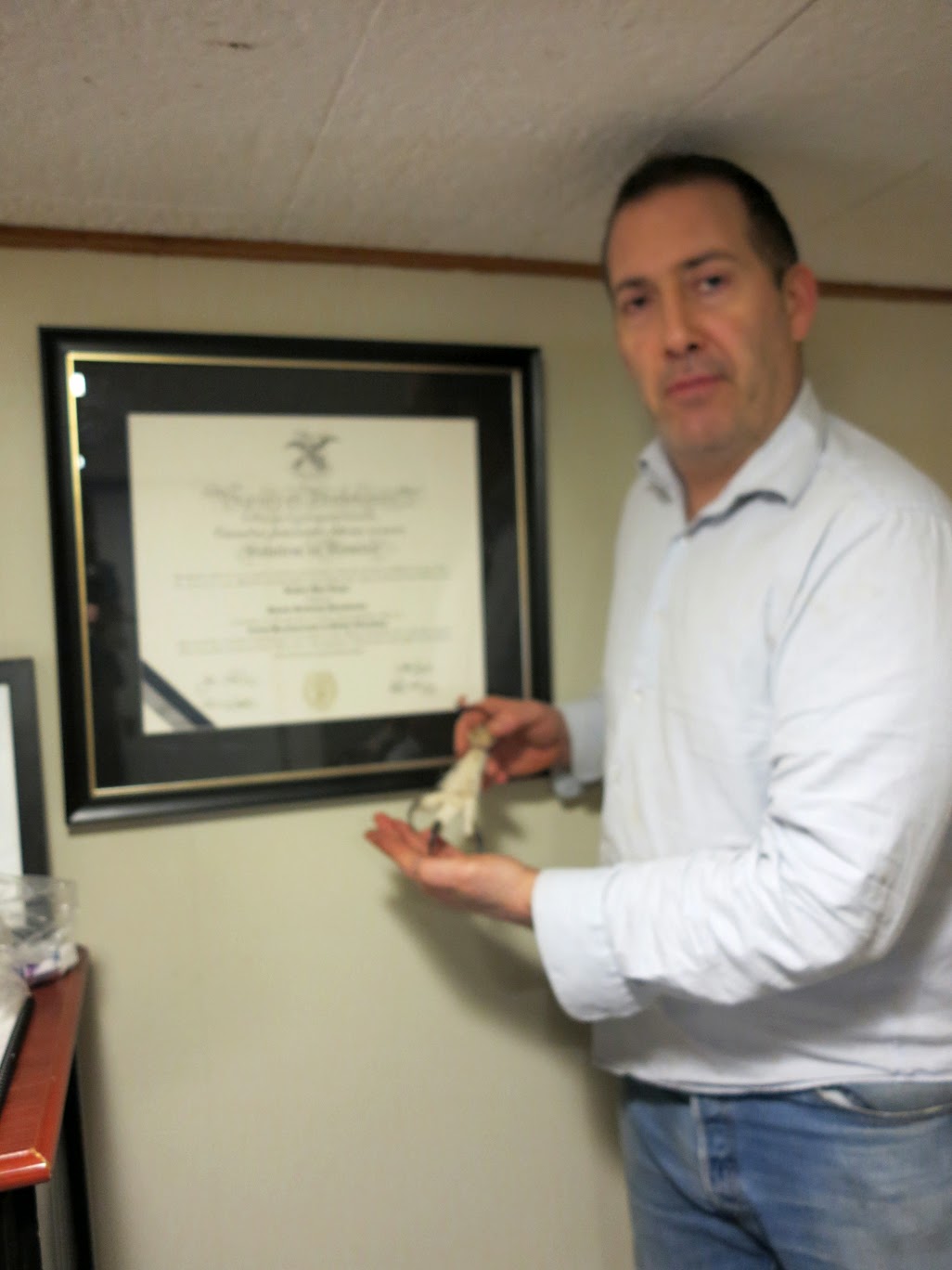 jump to present day...
Steve served his country in the US military... Special Forces
during this time Steve tutored\mentored a group of men in Afghanistan
after Steve's time in the military Steve went to Georgetown University
impressive? yes... impressive for any man or woman

in our discussion Steve showed me some videos of how men (and woman, but less frequently woman) use eagles to hunt 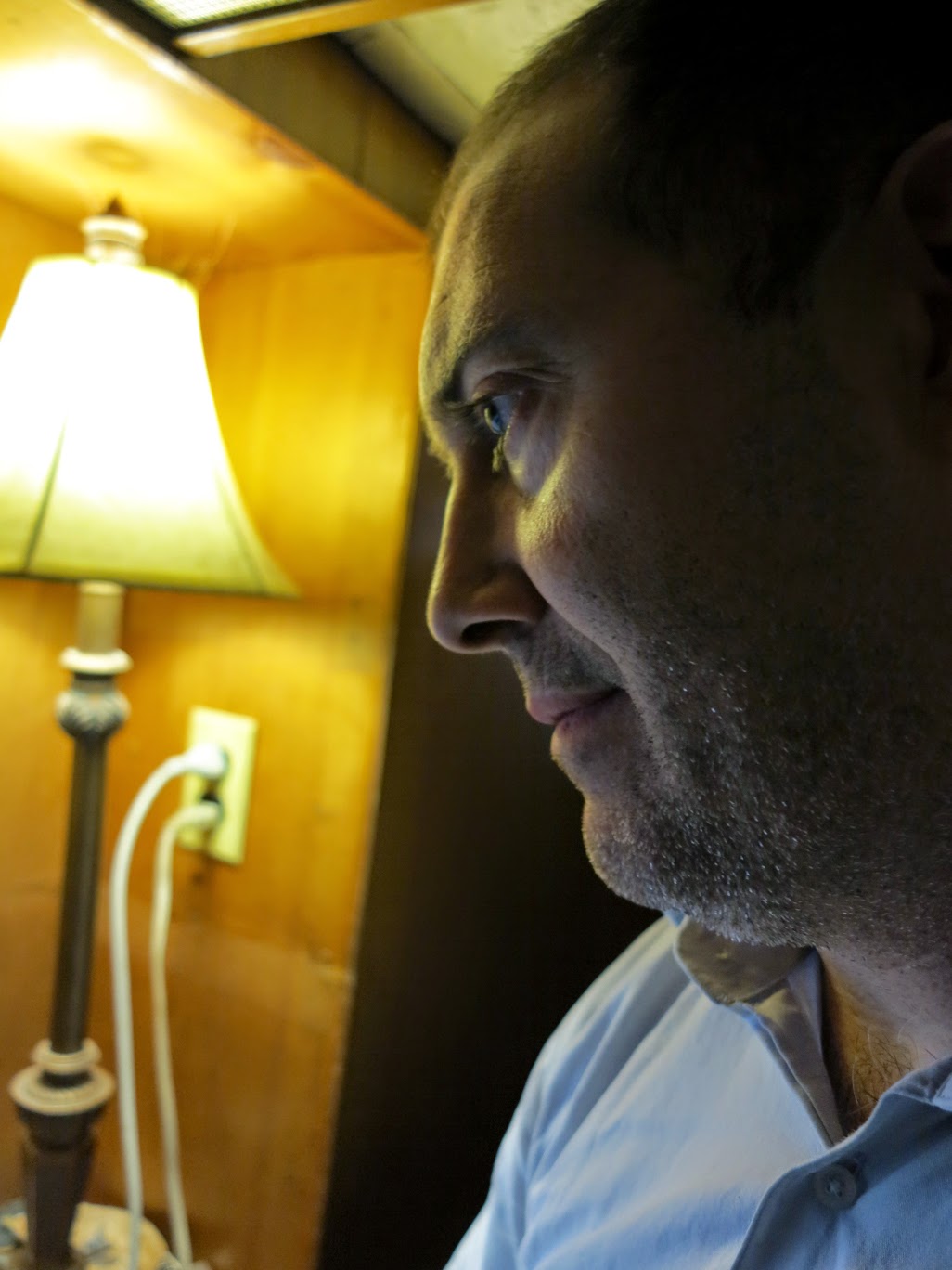 enough on this... it is awkward writting about my friend Steve
as I do not want to offend him
all I want to do is share the information
document the passage of time
tell part of the story 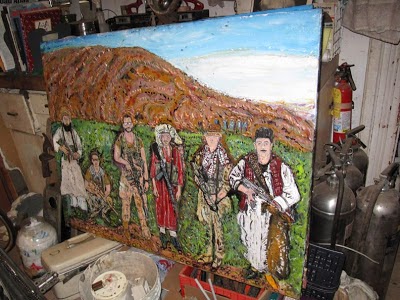